Whether you want to better understand literature or stop a toxic ex from changing the subject, you’ll want to research the red herring fallacy.

A politician trying to divert attention from an issue, a kid trying to stay up later, and an abuser trying to gaslight their victim are all well acquainted with red herrings. It’s a logical fallacy that relies on distracting the listener from the true problem at hand.

Here’s a beginner’s analysis of what the red herring fallacy is and how to identify it in conversation.

The red herring fallacy refers to a distraction brought up in an argument. It’s when someone brings up a completely irrelevant point to derail the issue being discussed. By bringing up the red herring, they’re diverting attention away from the real issue at hand.

What makes these especially distracting is that the points brought up can be real issues that require attention. However, since they’re brought up merely as a means to distract someone else, they don’t hold legitimacy as it pertains to the current conversation. This is what makes them an informal fallacy.

A red herring also refers to the literary device of deliberately introducing an element meant to distract the characters, or the reader, from discovering the truth. This element proves particularly effective in genres like murder mysteries.

Why Is it Called a Red Herring Fallacy?

So now that you understand what a red herring fallacy is, you’re probably wondering where the logical fallacy got its name.

English polemicist and journalist William Cobbett took a practice he used with his hunting dogs to name the fallacy.

When training his dogs to hunt foxes, Cobbett would first spread out red herring fish in the area. This particular fish was used in this practice because of the intense smell it let off when smoked. In doing so, his dogs would have to choose: would they go after their mark or the fish? The successful dog would go after and capture the fox, as they were supposed to. Others would get distracted by the red herring and lose to the dogs that didn’t let themselves get preoccupied with the fish’s scent.

Cobbett saw the parallels between the training exercise and the fallacy. In 1807, he officially coined the term.

The best way to understand a logical fallacy is by seeing examples. Below are a variety of examples that covers a wide range of applications.

Sometimes kids will try to distract their guardians with a red herring. It’s an instinct that develops well before you have the vocabulary to identify an informal fallacy.

Kid: There’s a lot of water in the ocean. Why can’t we drink that water?

Guardian: We can talk about the chemistry of water tomorrow. Time for bed.

Kid: But if I have the water in my room, then I’m afraid a monster will grow inside it and eat me.

Guardian: Then drink the water here and then go to bed.

Kid: But I’m not thirsty yet.

Gaslighting partners will commonly use a red herring to distract their victims.

Partner 1: I don’t like when you talk over me.

Partner 2: Oh, so I’m not allowed to share my opinions?

Partner 1: I didn’t say that. I just would rather you waited until I was finished speaking and talked at the same volume as me.

Partner 2: I bet you don’t want to hear my opinion because you think you’re so much smarter than me. You always look down on me because you have a master’s and I only have a bachelor’s.

Partner 1: That’s not true. I just want to be able to voice my opinion without you yelling over me before I finish my sentence.

Red Herring as a Literary Device

A red herring is a literary device commonly used in mystery novels and films. Sherlock Holmes commonly has to contend with red herrings that led him away from the truth.

One of the most famous red herrings in Sir Arthur Conan Doyle’s work was when a murderer wrote the German word “Rache” (revenge) at the crime scene. The police and the reader then assumed that the killer was German.

Many times, politicians will try to deflect blame by pointing to another party’s issue. If the issues have nothing to do with each other, then the points aren’t relevant, even if they’re true.

Politician 1: We need to put an end to sexual assault. 1 in 6 women is the victim of attempted or completed rape.

Politician 2: Men get sexually assaulted too, why aren’t you talking about them?

Politician 1: They are, and that’s a real issue, which we plan to address. We’re using statistics reported by women because it’s a significantly more common issue for that gender. And pointing out other parts of this complicated topic won’t help us focus on fixing one particular issue.

The red herring fallacy runs the gambit from a child’s attempt at deception to abuse tactics used by an adult. As such, the severity of the fallacy ranges widely.

By becoming aware of the red herring fallacy, you can focus on the core of the issue being discussed. You won’t be distracted by the user’s deliberate change in the conversation.

If you hear someone using a red herring fallacy, ask them to stay on topic with you. You can address that separate issue at a later date. 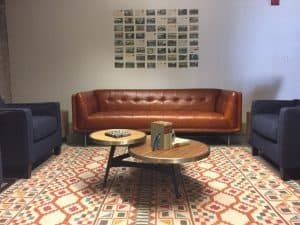 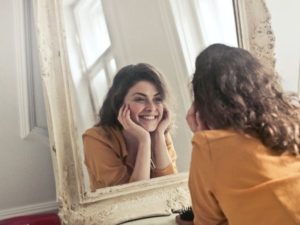 Positive Affirmations: Why They’re Important and Examples to Get You Inspired 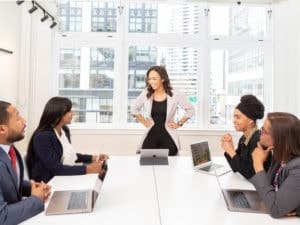 6 Common Leadership Styles and How To Find Your Own 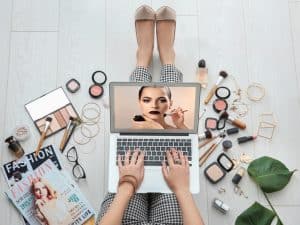 Positive Affirmations: Why They’re Important and Examples to Get You Inspired

6 Common Leadership Styles and How To Find Your Own
The Red Herring Fallacy: Explaining the Concept and Common Examples