In the United States, the work of a housewife goes criminally underappreciated and undervalued. Debbi Fields’s story of turning her chocolate chip cookie recipe into a global sensation proves this fact. She originally used her cookie recipe to make treats for her friends, family, and her husband’s clients. Once she decided to sell it, she built a multimillion-dollar company: the pinnacle of the American Dream.

Let’s take a look at the humble beginnings of a world-class entrepreneur and how she turned her passion into a legacy.

Debra Sivyer was born on September 18, 1956, the fifth of five Sivyer daughters living in East Oakland. Debbi says she grew up in a wealthy family, but that wealth certainly wasn’t fiscal. Her dad made $15,000 a year as a welder for the US Navy and her mother cared for the kids. She learned from an early age that happiness didn’t come from a paycheck. “We made every dollar stretch,” she said. “My father believed that true wealth was found in family, friends, and doing what you love.”

She also learned early on that cookies were a source of joy. Her mother had a tough time caring for five kids without the modern luxuries of dishwashers and laundry machines. One chore she particularly detested was cooking. Debbi didn’t love her mother’s cooking and sometimes didn’t eat. Instead, she made cookies. Of course, they couldn’t afford real butter and chocolate. Instead, she made do with lard and carob.

Debbi landed her first job as a ballgirl for the Oakland A’s at the age of 13. She used her first paycheck to buy genuine chocolate, real butter, and true vanilla to make real cookies.

Then, at the age of 20, she married her first husband and began a new job as a housewife to a successful businessman.

She remembers one night in particular when she went to dinner with one of her husband’s wealthy clients. She felt intimidated by their illustrious house: a far cry from the humble home she grew up in. When the client asked what she did, she responded, “Oh, I’m just trying to get oriented.”

In response, he stood up, grabbed a huge, leather-bound dictionary, dropped it in her lap, and said, “The word is oriented. If you can’t speak the English language, you shouldn’t speak at all.”

She conjured up the most feminist response she could to such an incredibly rude man. She decided to “set out to become somebody.”

Setting Out to Become Somebody

Debbi wanted to do something she loved, and the thing she loved more than anything else was cookies. She told her family about possibly starting her own business, and they told her she was too poor, uneducated, and inexperienced. But she couldn’t afford to open a business, she only had a few classes of community college under her belt, and what did she know about owning a business? She only grew more determined.

Debbi went to bank after bank, cookies in hand, offering them her business plan and asking for a loan. She would leave with a no and a clean plate. Even though they didn’t want to invest, they couldn’t help but admit that she made incredible cookies.

After hearing no after no after no, she finally got her yes. She was overjoyed with her loan which had a 21% interest tacked on.

After about 2 months of preparation, she was ready to open. She found a 300 square foot store and purchased second-hand equipment. She cut corners in these areas so she could spend top dollar on her ingredients. Her recipe required the utmost quality, and she wouldn’t compromise.

On August 18, 1977, on her way to her first day at Mrs. Field’s Chocolate Chippery, her husband bet her that she wouldn’t make $50 on her first day.

Not a Single Sale

She sat by her full display for hours. Not a single sale.

But she didn’t give up. She decided if customers wouldn’t come to her, she would go to the customers. She walked up and down the street, handing out free cookies to everyone with an empty hand. Soon, her store was teeming with customers. That first day, she made $75. This opening taught her so much about business. She said, “I had to realize that failure means something isn’t working—and I had to try something new.”

Debbi broke down the profit she needed to make – down to the very hour. She drove her success through a passion for quality and her dedication to numbers. When first beginning, she figured that she needed to make $32 an hour. By focusing on small goals, she created big success. She only continued to grow as time went on.

By 1981, she had 14 stores under her new name: Mrs. Fields Cookies. Less than 10 years later, the company had expanded to over 400 stores around the globe.

In the early 1990s, her company partnered with Marriott Corporation, expanding her stores even further. You know that warm, freshly baked cookie you get when you check-in? That’s a Mrs. Fields’ original.

Beyond opening more stores, she also authored 3 cookbooks in addition to her autobiography: Mrs. Fields Cookie Book: 100 Recipes from the Kitchen of Mrs. Fields, I Love Chocolate, and Great American Desserts. She hosted TV shows on the Food Network and PBS Television: Desserts with Debbi Fields and Debbie Fields’ Great American Desserts. In 2003, the Entrepreneurship Hall of Fame recognized her ingenuity and inducted her into the hall. She won the Golden Gavel Award from Toastmasters.

After building a $450 million company and being worth $200 million herself, Debbi used her success to help others. Early on in the company’s history, Debbi established Mrs. Fields Children’s Health Foundation. This organization that opened in 1986 helps fund research into children’s diseases, such as cystic fibrosis.

In 1992, she sold the corporation to Famous Brands International for $100 million. She stayed involved in the company until 2000.

She still remains active in a number of charitable organizations in her home of Tennessee.

Fields credits her affinity for product quality to her humble beginnings. She says, “Because I grew up on imitations, margarine, and fake, to me, the most important thing is to buy the best. That doesn’t always mean designer, or most expensive—it means pure and good and what makes you happy. What I’ve learned is that “good enough” never is… that’s the philosophy of Mrs. Fields.” Staying true to this philosophy is why Mrs. Fields remains the company you go to for chocolate chip cookies.

Debbi Fields remains an inspiration to any entrepreneur: especially housewives. Never let your talents go unappreciated or undervalued. Your passion might just be worth millions of dollars.

Quote on Getting a Loan:

“From the bank’s perspective, they need to trust you, that you’ll pay back the loan. Also, you need to let the product sell itself, whether it’s a good, service, or skill. If you want someone to pay for it, you should let them try it first.

Also—and this is my personal tip, here—find the banker nearest retirement, because he or she might be less concerned about the technicalities and more interested in following his or her heart.”

Quote on Making It Big

“I think success is something you earn every day, and I never felt like I earned it. I break it down to every customer, every cookie: If I didn’t make my customer happy and my team didn’t honor the recipe and our purpose, I wasn’t successful in that moment. It’s easy to get comfortable, but it’s important never to lose touch with that feeling of opening day—that enthusiasm and excitement, that desire to touch every customer.” 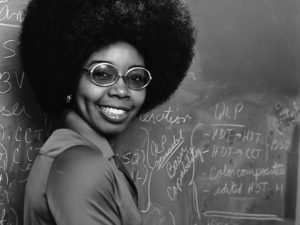 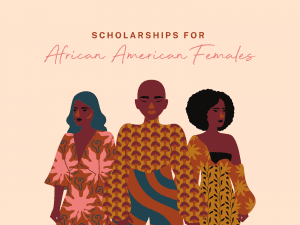 7 Books By Feminist Icons You Need To Read