Reshma Saujani possesses quite the resume and has made a name for herself in multiple industries. Not only was she the first Indian-American woman in history to run for U.S. Congress, but she’s the founder and CEO of Girls Who Code. She inspires girls across the country to follow their dreams, whether that dream is becoming a lawyer, programmer, or politician.

Here’s the impressive legacy of Reshma Saujani and how she works to close the gender gap in technology.

Born November 18, 1975, Saujani grew up in Illinois. Her parents used to live in Uganda, but they were expelled along with other people of Indian descent by the military dictatorship in the 70s.

In 1997, she graduated from the University of Illinois at Urbana-Champaign with majors in Political Science and Speech Communication. She received her Master of Public Policy from the John F. Kennedy School of Government at Harvard University in 1999. In 2002, she earned her Juris Doctor from Yale Law School.

She has experience in the finance industry, legal world, and political realm. Her TED Talk “Teach girls, bravery not perfection” has amassed over 5 million views worldwide.

While campaigning for Congress, Saujani became aware of the gender disparity in the field of computing. It wasn’t in office spaces, but in classrooms that she noticed the difference. The schools she visited didn’t have many girls, if any, in computer science classrooms. She ultimately lost to Representative Carolyn Maloney, but this experience served as her inspiration for Girls Who Code.

In 2012, Reshma Saujani founded Girls Who Code, an organization that aims to close the gender gap in the computer science industry. She wanted to give young girls the tools they need to pursue opportunities in tech fields. While the program teaches robotics, web design, and programming, the most important part of the organization goes beyond teaching the skills themselves. It inspires young girls by showing them that technology isn’t just for boys. Seeing women excel in these professional industries proves that these opportunities are available to girls, too.

The organization “is on a mission to close the gender gap in technology and to change the image of what a programmer looks like and does.” By changing young girls’ perceptions of engineers, it opens up pathways girls may have never before considered.

The organization’s website currently boasts it has over 8,500 programs across the globe. 500,000 girls, young women, and non-binary people have gone through the programs since 2012. Half of those people were from historically underrepresented groups, including Black, Latinx, and low-income students. Their alumni of girls and non-binary people are seven times more likely to major in Computer Science than the national average.

Girls Who Code offers a variety of different formats, including summer immersion programs. You can choose between a 2 week Summer Immersion Program (SIP) or the Self-Paced Program. This option gives you 6 weeks to complete the course at home at your own pace.

The Self-Paced program also covers HTML, CSS, and JavaScript, but you can choose an advanced option that explores Python, specifically in regards to cybersecurity. You do the work at a pace that works for you, but they also offer weekly live advisory sessions and activities to build community. And you don’t have to be in 9th-11th grade to participate! Any girl or non-binary person in high school, graduated seniors, or alumni of summer programs can join.

The founder of Girls Who Code isn’t showing any signs of slowing down. Her book Pay Up: The Future of Women and Work (and Why It’s Different Than You Think) recently hit the shelves. It unpacks the statistics around women leaving their jobs in 2021 and how the workforce needs to structurally change. She explains how these systems of employment were built by men, for men, and talks about her ideas for reform. This book joins her other works, Brave, Not Perfect, Girls Who Code: Learn to Code and Change the World, and Women Who Don’t Wait in Line: Break the Mold, Lead the Way.

It builds on her work called the Marshall Plan for Moms, which advocates for policies that will value the labor of women both in and out of the home. She created this movement as a response to the impact the COVID 19 pandemic had on women in and out of the workforce.

Today, Reshma Saujani happily lives in New York City with her husband Nihal, their sons Shaan and Sai, and the family bulldog, Stanley. 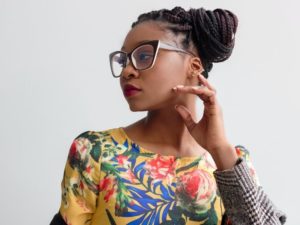 How to Manifest Your Dreams 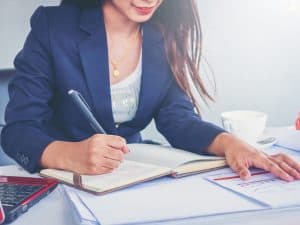 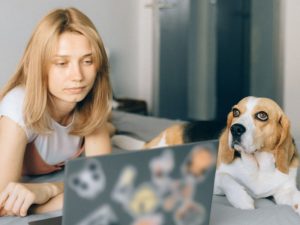 The Interview Follow-Up Email: What to Include to Ensure Your Job Search Success 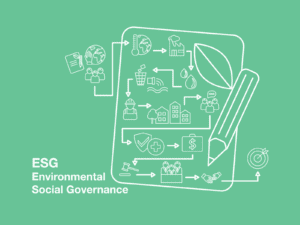 How to Manifest Your Dreams

The Interview Follow-Up Email: What to Include to Ensure Your Job Search Success
Meet Reshma Saujani: Teaching Girls to Follow Their Dreams