Even people who aren’t deeply familiar with astrology commonly know their sun sign. It’s the easiest sign to determine and is the most frequently used in horoscopes. But did you know that there are two other signs you should be aware of? Your moon and rising signs help give you a more well-rounded look at your personality.

If you are an Aries moon, continue on to learn more about what this sign will mean for your identity.

While your sun sign gives you insight into who you were born to be, your moon sign reflects who you are on the inside.

Your signs are determined by a different celestial body and the positions they were in when you were born. In order to determine your sun, moon, and rising sign, you need:

Having Aries as your moon sign is an interesting experience. Many of the classic traits you attribute to an Aries sun sign will appear differently, since the moon sign is all about internal traits. Traits that are generally external, brassy, and proud manifest themselves in quieter ways as a moon sign.

For example, one of the common Aries traits is success in leadership. While an Aries sun sign will seek out positions of leadership where they can control and receive recognition for their work, an Aries moon will lead through action, not title.

When a part of a team, they will make themselves an example by working hard and collaborating effectively with other team members. This leadership is essential to the success of a team.

While having someone at the head of the group to provide leadership from the top down is important, it only works when there are people like an Aries moon who will do the hard work without expecting praise.

Another important trademark trait of an Aries moon is passion. However, they aren’t going to be the person who elaborately proposes in public to their beloved.

They will display their affection without the need for flamboyance and fanfare. They might prepare their partner’s favorite meal after they had a hard day. They’ll do the dishes when it’s their partner’s turn.

They’re adept at discovering their partner’s love language and making sure they feel loved in a way they’ll understand and appreciate.

One of the most essential traits of an Aries is their bravery. This trait comes directly from being a fire sign. However, in an Aries moon, this trait will only reveal itself when they feel safe.

They may not show their bravery in splashy ways, like standing up to fight someone who is picking on their friend, but they show bravery in other equally important ways. They’ll be brave by being vulnerable with someone they want to trust. They’ll take a chance on someone who could use a little faith.

They aren’t going off to war to win accolades in the armed forces, but they’ll show emotional bravery in ways that show true strength.

Not only does the position of the planets when you were born influence your life, but charting their movement across the sky will help you understand how the cosmos are impacting you in the present.

One of the most commonly known planetary phenomena is Mercury retrograde, but a full moon will also impact people’s moods. According to astrology, traditional planets like Mercury, Venus, and Neptune are not the only planets. The sun and moon also count as planets and should be tracked accordingly.

An Aries full moon also has the potential to reawaken a sense of passion in you. This can be a good thing for people in relationships, as it gives them the opportune time to reconnect. However, if you aren’t in a relationship and don’t have someone in particular you want to get to know better, don’t use this time to call your ex. Don’t waste your passion on someone who doesn’t deserve it.

The Most Quietly Courageous of Moon Signs

While an Aries moon may not appear brave and strong on the outside, close family and friends know the truth; an Aries moon is the most emotionally brave sign of the Zodiac. They want to trust people and will take chances when it comes to building relationships. Even though they aren’t performing brash feats of external bravery, it takes courage to truly let yourself be known by other people. This type of courage is where an Aries moon truly shines.

If you want to use the traits that come with your designation as an Aries moon at work, join WBD! We have the tools and community you need to use your quiet bravery to further your career. Whether you’re an air sign, mutable sign, or fixed sign, download our app and choose your membership level today! 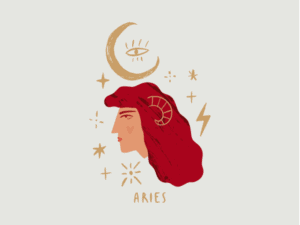 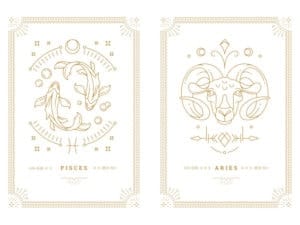 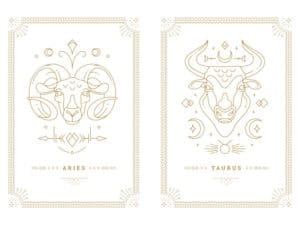 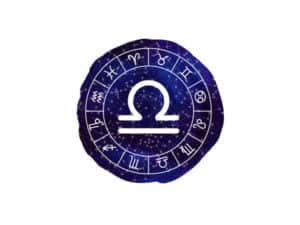