Home » Office Drinking Culture: Why It’s Toxic and How to Navigate It

Whether it’s the company Christmas party, an office after-hours get-together, or casual Fridays, drinking has become a significant part of some offices’ cultures. From the movies we watch to the happy hours we structure our days around, drinking is so prevalent in our lives that we sometimes forget how harmful it can be for some.

People choose not to drink for a variety of reasons — family legacies in alcoholism, personal experiences with alcohol dependency, a friend died due to someone’s drunk driving, they have a DUI on their record, they’re pregnant and not ready to announce it, they’re on medications that don’t mix with alcohol, or the least accepted reason of all: they simply don’t want to. If they find that their friends don’t respect their choices, they can abstain from outings that involve drinking. But when drinking culture enters their office, they aren’t as free to leave. They’re trapped and pressured to participate.

There are healthy ways to offer alcohol in a professional setting, and there are ways to fight against the culture if you’re stuck in a toxic one. In this article, we’re going to discuss both.

The Rise of Office Drinking Culture

Businesses have started to compete with each other for candidates by cultivating a relaxed, easy-going office culture. While no one can compete with Google’s exotic and thrilling office perks, smaller businesses try to bring that sense of productive fun, and easy-going vibe to their own offices with things like an extensive coffee bar, a gym, a stocked kitchen, or bean bag chairs in meeting rooms. Offering booze is just another facet of these attempts at staying relevant and hip.

In the United States, drinking at work is just about as old as American employment. Some jobs used to be paid in brandy and frequenting saloons on a break was common.

In the 1970s, drinking in the office reached its peak. It wasn’t uncommon for an executive to have a two-hour, three-martini lunch and then toss back some beers in the afternoon. This practice fell out of favor when drinking on the job developed an unprofessional look. However, drinking wine was still seen as a classy activity.

However, this resurgence in the modern workplace has taken hold with a force, and it’s almost no wonder. Popular media frequently features drinking on the job. From Archer, to Sex and the City, to James Bond, it’s sexy to get the job done with a drink in hand.

In addition to media representation, there are different subsets of alcohol culture that normalize the practice of drinking and drinking frequently: seeing the wine mom/aunt figure, having a cold one with the boys, and the college experience revolving around partying.

In efforts to stay with the times and win the favor of future and current employees, companies have adopted alcohol culture and brought it into the office.

For better or worse.

There are certainly healthy ways to include alcohol in your office culture. The key to creating a safe space for people to safely consume alcohol is by offering the freedom of choice. Normalize people just getting seltzer. Offer non-alcoholic options in the fridge. Don’t choose an outing that relies solely on drinking.

While offering these alternatives seems like common sense, many offices simply just don’t think about the impact they have on their employees who choose not to imbibe.

Here are some of the common ways that offices fail their employees when it comes to drinking:

How Employees Can Fight the Toxic Environment

Sometimes you aren’t in a position in your company to truly control the culture from a top-down perspective.

However, there are ways that you can help take control of the situation and your responses to those around you.

It’s hard to fight a toxic office drinking culture on your own. If you currently choose not to drink, you might find it easier to inform one of your close work friends before the event. If you trust them with that information, they can help cover you in case other coworkers decide to pry or force drinks on you.

For some people, living a sober life is by far the healthiest option. Take control of your own choices and don’t let others influence you to make choices that aren’t in your best interest. If you’re scared to say no, maybe you should find an office with a healthier, less pressured culture.

If you feel that you are struggling with alcoholism, reach out to one of the many hotlines available. 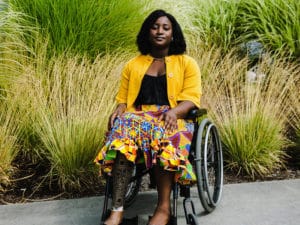 How to Navigate Corporate America as a Disabled Woman 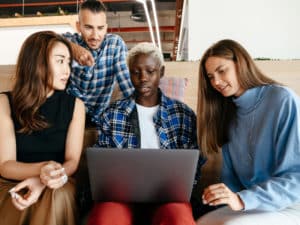 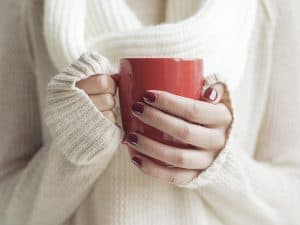 What Are the Daily Tea Drinking Benefits? 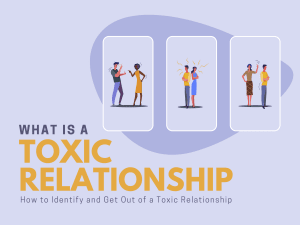 How to Navigate Corporate America as a Disabled Woman

What Are the Daily Tea Drinking Benefits?
Office Drinking Culture: Why It’s Toxic and How to Navigate It