Home » Boss Vs Leader: Why a Job Title Doesn’t Make You a Leader

If you compare the terms boss vs. leader in the dictionary, you’ll find similar definitions.

Boss (noun): a person who exercises control or authority. Specifically, one who directs or supervises workers.

You can see the overlap in the technical definition of the two terms. However, the connotation of the titles sets them apart. A boss can be a leader. But a true leader leads with or without the title of “boss.” And bad bosses don’t possess any traits associated with a quality leader.

So what are the true differences between a boss and a leader? Let’s talk about what each term means and how you can become a leader yourself.

What Is a Leader?

A leader isn’t a position you apply for. It’s a mindset followed by actions that inspire the people around you to strive for something more.

No promotion can automatically make you a leader. Leadership doesn’t come from authority, but from how you work with others. Leaders want the team to succeed, and they’re just as willing to put in the hard work like the rest of the team. A boss manages others, without putting in the hours themselves. A leader creates an inspirational atmosphere by showing their willingness to participate in a project on every level.

To become a leader, you need to possess a variety of traits: charisma, dedication, compassion, and loyalty, to name a few. You lead not with a title or dictation, but through your actions. If your teammates see you putting in extra hours because you believe in the project, they’ll want to match your drive.

But it’s not just about working hard. Leaders focus on showing compassion for the people around them. They want to help others if they’re struggling. Someone can be an incredible worker but a bad leader. If the top-performing salesperson always has the best numbers, but treats everyone else on the team like garbage, no one will feel inspired. No one wants to work with, let alone take direction from, someone like that. Leaders don’t just want success for themselves, but they want the whole team to succeed together. Sometimes that requires nurturing others on the team who need a bit of assistance reaching their full potential.

What Is a Boss? Why Aren’t All Bosses Leaders?

A boss is a position you apply for. Whether you’re the Team Manager or CEO of a company, being a boss is something you put on your resume. It’s your job to direct the people on your team.

But that doesn’t necessarily mean the boss is good at doing that in a meaningful way.

Michael Scott was the manager of Dunder Mifflin. He was the boss. But he definitely wasn’t a leader.

General Leia Organa was a leader in the Resistance. She inspired everyone she came in contact with. People trusted her because she practiced what she preached, demonstrated her skills on the battlefield, and genuinely cared for everyone fighting under her command.

In a perfect world, all bosses would be leaders, rather than having the debate of boss vs leader. However, not all bosses possess the right traits to lead by example or with compassion.

Boss vs Leader: How to Choose Leadership

So you hold the position of boss (or you hope to someday). How do you avoid falling into ineffective boss-like traits without leadership skills?

If a boss is doing their job correctly, they’ll inspire everyone on their team to be good leaders in their own right. When everyone works hard, cares for others, and believes in the team, everyone succeeds. So when comparing boss vs leader, choose to be a leader, regardless of your job’s official title. 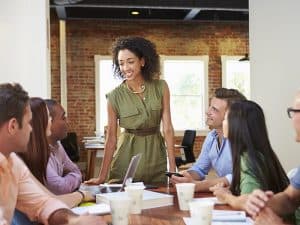 How to Be An Amazing Boss and Leader 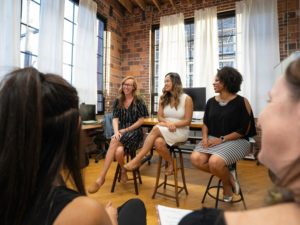 Thought Leadership: Becoming a Leader in Your Industry 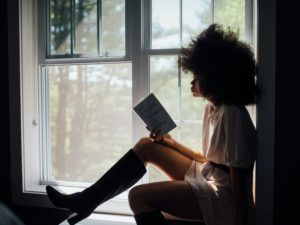 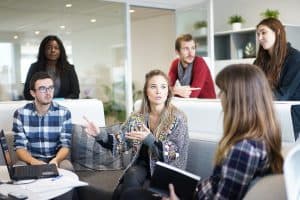 How to Be An Amazing Boss and Leader

Thought Leadership: Becoming a Leader in Your Industry

9 Leadership Books That Every Leader Needs to Read
Boss Vs Leader: Why a Job Title Doesn't Make You a Leader