$0.00 0 Cart
Menu
Home » Meet Valerie Thomas: An Inventor Ahead of Her Time

With her incredible accomplishments, Valerie Thomas should be a household name. Her invention of the illusion transmitter was so advanced that scientists today still are working on expanding its uses in both medicine and entertainment. NASA still uses her breakthrough invention today to expand our understanding of the universe.

Learn more about the incredible woman behind such a futuristic invention.

Valerie Thomas: Growing Up and Education

In February 1943, American scientist and inventor Valerie Thomas was born in Maryland. Ever since she could walk and talk, she held a fascination for technology.

In the 1940s, not many encouraged women to pursue the field of technology. Even less so if you were an African American woman.

At the age of 8, she found a book called The Boy’s First Book on Electronics in the library. Excited, she brought the book home to her father, asking him to do the projects with her. He skimmed through the pages, talking about how he could do them, but not offering to show her how.

The book sat unused until it was time to return it to the library. She found the sequel and tried again to no avail. She said, “I got the indirect hint: Electronics is not for girls. Go sew with your mother, or do hair like your mother.”

She hoped in junior high, she would get her chance to learn more about technology. When that didn’t happen, she hoped that high school would give her an opportunity. The school had been recently integrated, and as an all-girls school, the curriculum wasn’t geared towards women pursuing sciences.

The closest she got to a technology class was physics. She found a fascination in learning how things ticked, and Thomas worked hard to excel in the class. She decided to pursue physics as a major in Morgan State University: one of only two women in her class to study the major.

Thomas continued to impress NASA with her phenomenal work. However, she noticed that she and her African American colleagues weren’t getting the promotions they deserved. She said, “I wasn’t getting promoted, and other [African Americans] were going through the same thing. So, I had to fight the good fight, in a positive way.”

She started an organization called Humanitarian Unified Effort that helped increase the visibility of excelling black employees so higher-level managers could get to know them and their work.

She made her way to the position that managed the development of NASA’s image processing systems for Landsat. Landsat was the very first satellite to ever send multi-spectral images from outer space down to earth so scientists could study the Earth’s resources.

When visiting a science exhibit in 1976, Thomas saw an optical illusion that completely changed her life and the course of technology. The display created an illusion of a lit light bulb through the use of concave mirrors. The bulb was there but unscrewed from the fixture. But through the use of the mirrors, it appeared lit.

She started to think about how the use of concave mirrors could impact the way we see and project images.

She started experimenting that very same year. And she would set up equipment and observe the visual relationship between the real object and the image depending on the placement of the concave mirrors. She thought about how this discovery could impact the way we project videos in the future.

A Patent for the Illusion Transmitter

In 1980, she received a patent for her illusion transmitter. This invention seemed futuristic back then, and still does today. Instead of a television that gives you a flat image, it gives you three-dimensional projections. She brought something like the holo-projector from Star Wars to life.

It uses concave mirrors both on the receiving and transmitting ends to produce the images. NASA still uses this technology today, and scientists are currently trying to see how they could apply this technology for surgeries. Instead of a flat image, they could get a 3-D look inside the body they’re operating on. Some day, we could see this technology replace traditional flat television screens.

Valerie Thomas: Continuing to Inspire the Next Generation

Thomas continued to work at NASA until she retired in 1995. During her tenure there, she worked in multiple roles, such as a project manager for Space Physics Analysis Network (SPAN) and associate chief of the Space Science Data Operations Office.

She received multiple NASA awards, such as the GDFC (Goddard Space Flight Center) Award of Merit and the NASA Equal Opportunity Medal.

Even in retirement, she continues her work in mentorship roles. She inspires young students with the National Technical Association (NTA), Science Mathematics Aerospace Research and Technology (S.M.A.R.T), Inc., and the Shades of Blue DMV chapter.

It’s incredible that Valerie Thomas still uses her gifts today to inspire the young people of this generation to pursue technology. It’s a powerful thing when people grow up to be the person they needed when they were younger.

“I wasn’t getting promoted, and other [African Americans] were going through the same thing. So, I had to fight the good fight, in a positive way.”

“I had not thought about my legacy before, but now as I look back on the things that I have done, I think my biggest legacy is the positive impact that I’ve had on people… My purpose in life is to help people and cause positive things to happen.” 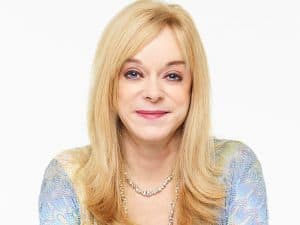 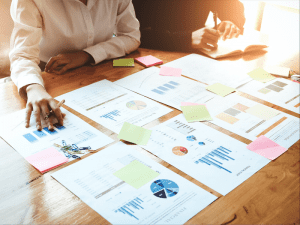 How To Ensure Your Business Stays Ahead 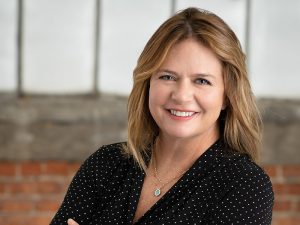 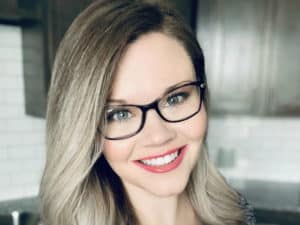 How To Ensure Your Business Stays Ahead

Susan Marshall: Founder of Torchlite
Meet Valerie Thomas: An Inventor Ahead of Her Time