Home » The 4 Day Work Week: Is It Realistic?

One thing the COVID-19 pandemic gave workers was the knowledge that shaking up the average workweek is not only possible but could lead to improved performance. If we can change office culture to a work-from-home format with increased productivity, better work-life balance, and increased employee satisfaction, who’s to say we can’t adopt a 4 day work week?

Opinions about this format range from fervent fans to dubious skeptics. So what does the future of work look like? Is this shorter work week the answer to higher morale and ending chronic burnout? Let’s take a look at what a 4 day work week could mean for employees and employers alike.

What would you do if you had another day built into your weekend? Would you give yourself time to rest? Hang out with friends? Pursue new hobbies? Explore new interests? Engage in better self-care and a healthier work-life balance? Spend more time with your family?

A 4 day work week format makes all these things possible. Working 4 days a week can take a few different forms. Your company can shorten the workweek by simply eliminating the extra day, and having employees work 32 hours. They could do a 4/10 work week, where instead of 5 8-hour workdays, you have 4 10-hour workdays. Or you could have a happy medium and do around 35 hours. Regardless of the number of hours, the 4 day work week should maintain your current pay.

How Does a 4 Day Work Week Work?

The first question many business leaders have is “why should I pay workers for working less hours? Won’t they just do less work?”

Companies that have already switched to a 4 day work week show that employees are just as, and sometimes even more, productive than when working for 5 whole days.

Think about it; how often do you really get good work done on a Friday afternoon? By then, you’re tired, ready to go home, and already daydreaming about your weekend plans. It’s not exactly the time for peak productivity.

What if you had 4 days of dedicated, focused efforts, rather than work schedules that cause more burnout and exhaustion? If you knew you had a 3 day weekend ahead of you, would you feel more motivated to engage more deeply when you actually are at work?

Perpetual Guardian, a New Zealand-based company, tried a trial to see what a 4 day work week did for their company. Employees still kept working at the same output and productivity level, even with one less day of work. But more importantly, “they also showed improvements in job satisfaction, teamwork, work/life balance, and company loyalty. Employees also experienced less stress with a decrease of 45% to 38%.” Offering this attractive option could help employers retain employees during the Great Resignation.

Who Proposed the 4 Day Work Week?

The 4 day work week certainly isn’t the first major shakeup to the average workweek. It wasn’t too long ago when people adopted a workweek that only lasted 40 hours. That change that we now accept as normal was also seen as crazy. In the 1890s, it was not uncommon for workers to put in 100 hours a week.

Henry Ford made the revolutionary move to shift his employees over to a 40 hour work week with no change in pay. While this gesture seems generous, he actually had capitalism as his inspiration, not his employee’s well-being. He believed that without free time, employees could not enjoy the products capitalists produced. In an interview, he said, “Leisure is an indispensable ingredient in a growing consumer market because working people need to have enough free time to find uses for consumer products, including automobiles.”

While his motives were motivated by money, he did prove that a 40 hour workweek was possible. With all the modern adaptations of the Industrial Revolution, work happened much more quickly. You could get more done in 40 hours with employees using machines than employees could do in 100 by hand.

Think about how much further we’ve come in our technological advancements. We can do so much more at a much quicker pace than anyone in the 19th and 20th century could have possibly imagined. Just as many of the tools Henry Ford used to improve his factory’s output, maybe the 5 day work week is obsolete as well.

Not a 21st-Century Idea

But the idea of an even shorter workweek isn’t a 21st-century idea. In 1933, Congress tried and almost passed a bill that would have introduced a 30-hour workweek. They saw it as an opportunity to reduce unemployment. If employers paid employees 10 hours less, then they could afford to not lay people off. Being paid for 30 hours seemed much more attractive to many than mass unemployment.

However, the bill ultimately failed. Opponents considered the idea “communist.”

But just like the 40-hour workweek that capitalist Henry Ford introduced, major game players in a capitalist society today have proven that a 4 day work week really does work.

Microsoft tried out the 4 day work week in a Japan facility and they say a 40% increase in productivity.

If we introduced a 4 day work week globally, we might see that it improves both employee morale and the employer’s output.

The 4 Day Work Week: It’s All About Flexibility

The principle of the 4 day work week is giving employees the flexibility to enjoy a better work-life balance. However, some people just aren’t interested in this change. Maybe they feel like switching over to this format will cause more stress. Perhaps they feel like they just can’t get their work done in a compressed workweek.

The best solution for your company might be offering flexible options for employees. Letting them choose which type of work week would suit them best lets them keep that flexibility that the 4 day work week is all about. Before making any decisions about how and if to adjust the company work schedule, make sure you listen to what would serve your employees best. 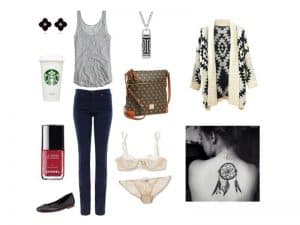 Outfit of the Week: The Boho-Chic Entrepreneur 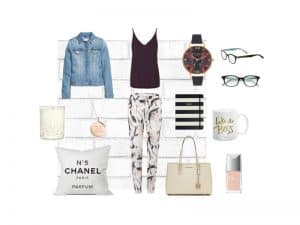 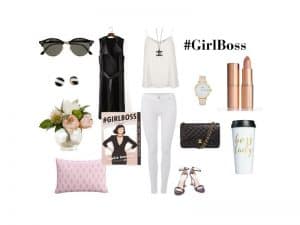 Outfit of the Week: The Boho-Chic Entrepreneur

Outfit of the Week: Girl Boss Style
The 4 Day Work Week: Is It Realistic?