Home » One Step Closer to Gilead: What Losing the Right to Abortion Means for Americans

The Supreme Court decision on June 24, 2022, that dethroned Roe v. Wade and our right to abortion left people feeling numb.

And though I certainly am not, I’m feeling very alone.

The Case, the Verdict, and What It Means

Let’s take a look at the case that gave the Supreme Court the opportunity to upend and undo Roe v. Wade.

In a 5 vs. 4 decision of the case of Dobbs v. Jackson Women’s Health Organization, the Supreme Court announced that the United States does not consider abortion a right. This decision undoes the work of Roe v. Wade (1973) and Planned Parenthood v. Casey (1992).

So where did this case come from?

In March of 2018, the Mississippi Legislature passed the Gestational Age Act. It bans any operations that qualify as abortion after 15 weeks of pregnancy. They left clauses for medical emergencies where “the continuation of the pregnancy will create a serious risk of substantial and irreversible impairment of a major bodily function” and severe fetal abnormalities that would leave the fetus lifeless outside the womb, but not for cases of rape or incest.

As Governor Phil Bryant signed the bill into law, he said “We’ll probably be sued here in about a half hour, and that’ll be fine with me. It is worth fighting over.” His justification was that he is “committed to making Mississippi the safest place in America for an unborn child, and this bill will help us achieve that goal.”

As they expected (and hoped), Jackson Women’s Health Organization sued the same day. They were Mississippi’s singular abortion clinic and offer surgical abortions up to 16 weeks. They sued Thomas E. Dobbs, state health officer with the Mississippi State Department of Health, and Kenneth Cleveland, executive director of the Mississippi State Board of Medical Licensure, saying the law was unconstitutional. Lower courts ruled in favor of the clinic, and Dobbs et. al continued to appeal.

Before the official verdict was announced on June 24, Politico released a leaked draft of a majority opinion by Justice Samuel Alito on May 2, 2022. While we expected that a decision like this was underway, our worst fears were confirmed.

And on June 24, 2022, we learned that the following justices do not believe people deserve access to abortion:

A quick Google search will give you the mailing addresses, phone numbers, and email addresses to each justice so you can share your thoughts with these civil servants.

They Aren’t Stopping at Abortion

Perhaps you celebrated in some way at the ruling on June 24th, 2022. Let’s protect the unborn. Let’s save some babies. We won!

Justice Clarence Thomas promised that this was far from the end of the rights they plan to undo. Part of his concurring opinion piece stated, “In future cases, we should reconsider all of this Court’s substantive due process precedents, including Griswold, Lawrence, and Obergefell. Because any substantive due process decision is ‘demonstrably erroneous,’ we have a duty to ‘correct the error’ established in those precedents.”

Let’s unpack those cases and what it would mean to undo them:

The dominoes have only just begun to fall.

If you want to protect life, ending legal abortions seems on the surface like it’s a good idea. Regardless of the fact that you only end safe abortions, which results in more death due to unsafe abortion procedures, some don’t realize what counts as an abortion.

Many people who desperately want children must choose between safely removing a dead fetus from their bodies and dying along with the undeveloped fetus.

Terminating a pregnancy for medical reasons (TFMR) is an abortion.

Here are just a few health conditions that require TFMR procedures that fall under the category of abortion that does not protect the unborn.

These are just a few instances where no situation or length of pregnancy can save the baby. There’s no way to protect these lives.

But there is a way to protect the pregnant person. And it’s an abortion.

And it might seem easy to just adopt the notion that no abortion should be allowed under any circumstances. But when it’s your wife, partner, child, or friend that needs a procedure to save their lives, it’s easy to see why we should allow these medical procedures.

Scrolling through posts on Facebook, you’ll see people enraged that this is “an attack on women,” and “we need to stand with her” and “think about your daughters, wives, and mothers.”

But at this critical moment, we cannot exclude trans and non-binary people from this debate and call to action.

Anyone with a uterus is at risk. This includes non-binary people and trans men. Not only does the future look grim for LGBTQIA+ people as promised by the supreme court when it comes to same-sex relationships, but I can’t think of any experience more destabilizing to your gender identity as a man than getting pregnant.

Of course, there are certainly trans men that can and would enjoy the experience of being pregnant. I do not speak for them, or any other trans person.

There are many trigger points conservatives will reach for when justifying this decision.

“It’s About the Children”

The desire to protect life at every stage seems a noble one. Should life not be considered sacred?

Here are ways to protect life in and out of the womb:

But here’s where we stand currently.

“A Fetus Develops a Heartbeat at 6 Weeks”

“Heartbeat bills” that ban abortion after 6 weeks say that life starts as early as 6 weeks because you can detect a heartbeat.

That “heartbeat” sounds like a heartbeat because of the machines we use. It’s not so much a heartbeat as a series of electrical pulses.

Dr. Nisha Verma, OB-GYN explains, “When I use a stethoscope to listen to an [adult] patient’s heart, the sound that I’m hearing is caused by the opening and closing of the cardiac valves…At six weeks of gestation, those valves don’t exist. The flickering that we’re seeing on the ultrasound that early in the development of the pregnancy is actually electrical activity, and the sound that you ‘hear’ is actually manufactured by the ultrasound machine.”

There’s no consciousness at 6 weeks. If we consider a heartbeat the sign of life and consciousness, it would be murder to turn off life support for someone who is braindead.

For People Who Are Scared

It’s okay to mourn. It’s okay to cry. It’s okay to grieve the life we thought we deserved: the one where our human rights went unquestioned. The people who celebrated the Roe v. Wade victory in 1973 didn’t wonder how long it would last. They just thought “we won.”

And especially with threats like the ones handed out by Justice Thomas, it’s okay to be scared.

And it’s okay to feel hopeless. We’re told to “go out and vote! The government works for us!” But when 9 people that we can’t vote for determine the fate of our human rights in a move that opposes popular opinion, it’s hard to feel empowered by the government that supposedly works on our behalf.

We’re done being civil and sweet and smiling when we’re told. In a country with a $778 billion military budget, they can’t be surprised that their citizens are ready to wage war.

Published in Featured Articles, In My Own Words 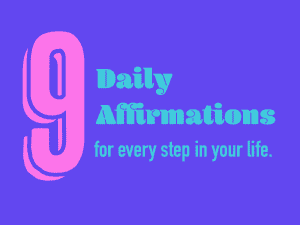 9 Affirmations for Every Step in Your Life 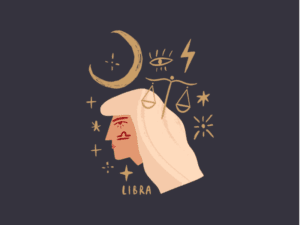 Libra Rising: What It Means If Your Rising Sign Is In Libra 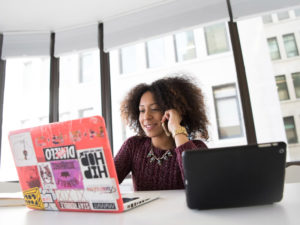 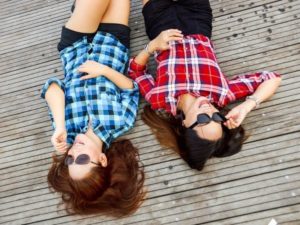 Meeting Your Twin Flame: What It Means and How to Make the Most of the Encounter
Categories: Featured Articles, In My Own Words

9 Affirmations for Every Step in Your Life

Libra Rising: What It Means If Your Rising Sign Is In Libra

What is Entrepreneurship? What it Means to Be An Entrepreneur
One Step Closer to Gilead: What Losing the Right to Abortion Means for Americans