Home » Clairsentient: What Does It Mean and Am I One?

Have people told you that you’re an empath? If you feel that word lacks the strength to describe your ability to perceive other people’s emotions and energies, you might be clairsentient as well.

But what is clairsentience? How do you know if you possess this psychic ability?

Let’s take a look at what clairsentience is, how it differs from other psychic sensitivities, and the common signs that show you possess this gift.

What it Means to Be Clairsentient

The term itself comes from the 17th century French words “clair” (clear) and “sentience” (feeling). In simple terms, someone with clairsentience possesses intense clarity for feelings, both their own and others’.

In broader terms, clairsentients can perceive the past, present, and future emotional and physical states of others without the use of the five senses. Other psychic abilities rely on the smell, taste, touch, sight, or sound of a vision, but this ability taps into what most people call the sixth sense of intuition.

Empaths have the ability to sense others’ emotions. Someone with clairsentience goes a few steps further. They don’t just go about sensing other people’s feelings as they feel them; they can sense how they felt in the past or how they will feel in the future.

Being able to feel what others will experience emotionally before they themselves feel it can become emotionally taxing quickly. A clairsentient can easily grow overwhelmed from sensing and feeling overpowering emotions, as processing their own and others’ simultaneously requires their full emotional capacity. Someone this sensitive to emotions will sometimes need to retreat to their own space to decompress.

Sara Kohl, professional psychic love expert on Keen.com explains it “as if you’re walking around with a large antenna that never turns off. It’s a combination of high-level discernment, spiritual knowing and awareness, and lots of compassion.”

People are not the only energies a clairsentient can read. They can also get a reading from a physical place, such as a building.

Being clairsentient means you can sense emotions and feelings that others do not have the ability to perceive.

Think of it in comparison to the 20th century use of canaries in coal mines.

Before technology could detect deadly toxins in coal mines, miners would bring down a canary with them. Canaries have a higher sensitivity to environmental toxins, and would stop singing and die when they were exposed to carbon monoxide build-ups. Even though miners could not smell or hear the fumes filling the tunnel, the bird had an awareness that miners did not possess.

The most important lesson this metaphor offers? Even if the miners could not perceive the signs themselves, that doesn’t mean the bird was wrong. They trusted the bird’s perception, knowing they were more sensitive to those environmental factors than they were.

How Being Clairsentient Differs from Other Psychic Abilities

Understanding clairsentience can feel a little vague. How can you sense something without your five senses? What does using a sixth sense even look like?

Maybe comparing a clairsentient’s ability with other psychic gifts will bring more clarity.

A clairvoyant will see things. A figure like Raven Baxter from That’s So Raven showed her clairvoyance when she saw visions of the future.

A claircognizant knows things. Sean Spencer from Psych would play a claircognizant as he would just know things about crime scenes without having any other explanation.

A clairaudient can hear things. Some would say that the historical figure Joan of Arc was clairaudient, as she heard the voice of God.

A clairsentient can feel things. You could make the argument that Jedi experience clairsentience. They can “feel things” through the Force, such as shifts in the balance of power between the dark and the light.

Clairsentient knowledge comes without an explanation. You didn’t have a vision showing you how things would happen. And you didn’t have a voice in your head explaining the future. You just felt it.

We all experience a gut feeling every once in a while that we can’t explain. But how do you know if you are clairsentient?

A lot of these traits manifest in both those that identify as empaths and clairsentients. Determining which category you fall under will depend on the intensity in which you experience these signs and symptoms.

Here are some of the most common signs of a clairsentient:

Being clairsentient is what you make it to be. You can let the emotions overcome you and feel constantly anxious about what’s to come, or you can use your gift to help people and yourself. Choosing to go down the path to developing your clairsentient abilities is up to you.

If you choose not to explore your abilities, just make sure you give yourself the emotional tools to handle overwhelming feelings. Whether you like it or not, you’re a sensitive person and you need to protect your heart. As a clairsentient, it’s your greatest strength.

What Does It Mean to Be Asexual? 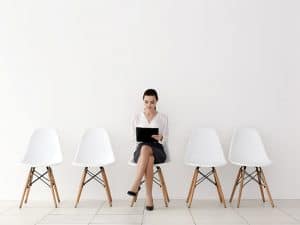 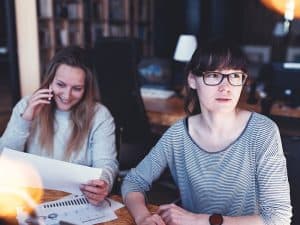 Employee Discrimination: What It Means And What It Doesn’t Mean 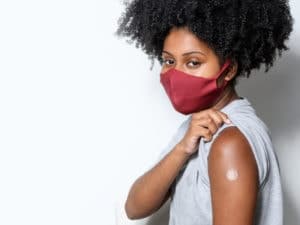 What Does It Mean to Be Asexual?

Employee Discrimination: What It Means And What It Doesn’t Mean
Clairsentient: What Does It Mean and Am I One?