As a student of language, one of the most important lessons I’ve discovered along the way to becoming a better communicator is this: labels are empowering when you get to apply them to yourself.

Choosing a label for yourself signifies your autonomy in shaping your own identity. If you experienced same-sex attraction your whole life but never had a word to describe your sexual orientation, discovering the wide berth of language available through the LGBTQIA+ community can be wildly exhilarating.

Finally, you have a word to describe yourself that a whole community uses to describe themselves, too; you aren’t alone.

The danger, however, arises when others try to describe you with labels that you never gave your consent for them to use. Even the most well-meaning feminists attempting to incorporate intersectionality can slip up and choose language that makes people uncomfortable.

The word womxn can fall into this category.

A Note from the Author

Note: I am a cis woman writing this article. I’m writing from the perspective of a linguist. I’ve done research and spoken with different members of the LGBTQIA+ community for this article. But in no way do I speak on behalf of the community as a whole. Nor does my research replace the experience members of the trans and non-binary communities have.

No one can speak on behalf of an entire community. As all groups are composed of individuals with their own feelings, thoughts, and interpretations. I recommend checking out articles written by members of the trans and non-binary community to further your understanding of this topic. Their experiences give them the most intimate understanding of the topic as it pertains to themselves.

Linguistically speaking, it symbolically makes man the default and woman a defect. Women do not get a separate word to describe themselves, only an addendum to the identity that men receive with the terminology assigned to them.

The term womxn (the word woman or women spelled with an x), was developed as a way for people to distance themselves from the suggestion of sexism perceived when women are forced to identify as an off-shoot of “man.” To overcome this linguistic association, they decided to remove “man” from the term to make an alternative spelling to avoid association with the male identity.

If you find empowerment in using this term to describe yourself, then use it! The way we use language shapes our understanding of reality, and you should have access to the words that make you feel the most empowered.

However, it becomes problematic when you force the word womxn’s meaning on someone else.

The Problematic Use of Womxn With Trans Women

So when you elect to use a derivative of the word woman to include trans women, you’re invalidating their experience of womanhood.

When you try to promote intersectionality by saying “All womxn welcome!” on social media, who are you talking to that you couldn’t speak to with the word “woman?”

Why did you need to use the term womxn instead of the word women?

If you rightfully believe that trans women are women, then the word “woman” alone describes all women. This includes trans women without the need to alter the word.

This is not to say that a trans woman couldn’t use the word womxn to describe herself. She has the autonomy to choose the language she feels the most comfortable with.

But that is her choice, not your call to make.

The Problematic Use of Womxn With Non-Binary People

Non-binary people are those who do not identify with the binary of gender. As they see themselves as neither a woman or a man.

They generally use they/them/theirs pronouns to refer to themselves and their gender identities, and if they ask you to use those pronouns when referring to them, do so.

The problem with using the term womxn to include non-binary people is that you’re associating someone who does not see themselves as a woman with the identity of women. It’s invalidating. As you’re doing the same thing that you were trying to avoid with the word “men” in “women.” They don’t identify as a woman, so why would you use a derivative of the word to describe them?

The Problematic Use of Womxn of Trans Men

If for a particular reason you are trying to include trans men in a group of females, find a different term. You need a term that is inclusive of trans men. Not one that ties them to a gender identity they do not associate with.

A Time to Grow

It all comes down to your own perception of who or what a woman is. Perhaps you’re using the word womxn because deep down, you’ve seen a distinction between cis women and trans women. If so, where does that bias come from? How can you address it?

Most of the time, using this language comes from a place of attempted respect and inclusivity.

But that doesn’t make it any less harmful.

All you can do going forward is apologize and use this opportunity to learn as a chance to grow.

And the most important way to make sure you’re on the right path is to listen when someone from a particular community corrects you on your actions towards that community. If they took the time to correct you, they have the belief that you can grow and improve on your journey of becoming a better ally. 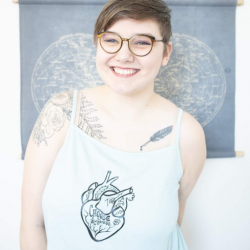 She is the artist behind the Still Poetry Etsy shop, which houses her illustrations and bespoke, handmade items.

She is the author of intricacies are just cracks in the wall, a narrative poetry anthology that follows a young woman discovering herself as she emerges from an abusive relationship. 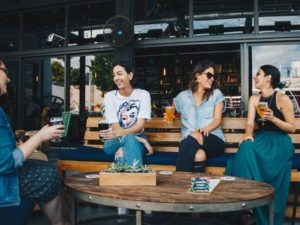 What is Latinx: The Meaning Behind the Inclusive Term 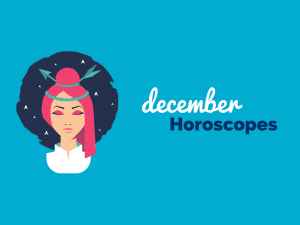 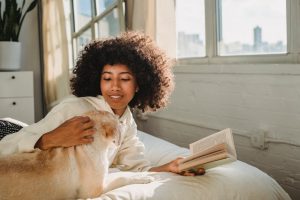 How to Stay Positive and Focus on Yourself
Categories: Featured Articles, Life
Tagged: Womxn

What is Latinx: The Meaning Behind the Inclusive Term

December Horoscopes
Attempted Intersectionality: How the Word Womxn Can Be More Alienating Than Inclusive