Whether it’s hitting a wall at work or the need for some inspiration to get up and conquer the morning, we all need some encouragement from time to time. When we feel like giving up, hearing encouraging quotes from people who rose to the top of their fields can remind us that greatness is within our reach as well.

Let’s take a look at some inspirational quotes from some of the most influential people of history. Hopefully, their achievements and words of wisdom will inspire you to fulfill your own calling and march into the day with confidence.

President Theodore Roosevelt was known for his love of nature through his policies on ecological conservationism. He also won the Nobel Peace Prize for playing a role in ending the Russo-Japanese War. He became the youngest person to become an American president after President William McKinley was assassinated in 1901. He went on to win a second term on his own platform in 1904.

Here are some inspiring quotes from the president and outdoorsman.

Before Oprah Winfrey built her own media empire, Winfrey came from humble beginnings. She overcame extreme poverty and suffered sexual abuse from multiple family members; this multimillionaire used to resort to wearing potato sacks as clothing. She became pregnant at 14, but rose above her situation and the oppressive Jim Crow South and became one of the most respected personalities on television.

There’s another layer of authenticity to her encouraging quotes, because she knows what it’s like to have the odds stacked against you.

Maya Angelou overcame similar experiences to Winfrey; at the age of seven, she was raped by her mother’s boyfriend. When the family discovered what he’d done, they killed him, which scarred Angelou so severely that she didn’t speak for five years.

But she found her voice, a voice that took the nation by storm with her premiere book, I Know Why the Caged Bird Sings. Her authenticity in her long-form pieces and poetry alike make her one of the most cherished authors in American history.

Like Winfrey, her encouraging quotes hit harder, because you know she had to walk through hell while still maintaining her unshakable spirit.

William James holds the title of “The Father of American Psychology,” as he was the first person to ever offer an academic course on the subject. He was a philosopher with a medical degree, which helped shape his perceptions and theorems on the human psyche. His best-known written works are The Principles of Psychology and The Will to Believe and Other Essays in Popular Philosophy.

His encouraging thoughts come from his close examination of the machinations of the human mind.

Perhaps the scientist with one of the most impactful theories of the 20th century, Einstein is best known for his work as the physicist who developed the general theory of relativity. Despite winning a Nobel Prize in 1921, he had to flee to America when he became a target of the German Nazi Party.

Knowing what he had to overcome certainly gives his quotes a deeper meaning.

Helen Keller is best known for overcoming her blindness and deafness, but her accomplishments don’t end there. She became an American educator, the co-founder of the ACLU, a respected humanitarian, and a vocal advocate for the blind and deaf community.

Her optimism and persistence alone are inspiring.

UCLA basketball coach John Wooden made history as he led his team to 10 national championships during his 12 years as a coach for the college. At Purdue University, he was an All-American guard. He was the first person inducted to the Basketball Hall of Fame as both a coach and a player.

His encouraging quotes are excellent for someone with a love of sports.

Ralph Waldo Emerson is known for his writings as a philosopher following the tenets of American Transcendentalist thinking. He wrote poetry and essays that discussed his passion for nature and his philosophical musings.

Emerson’s encouraging quotes all have an air of poetic essence and form about them.

Known best for his success as a coach for the Green Bay Packers, he embodied someone who possessed a single-minded determination for victory. He led the team to five championships during his time as their NFL coach and general manager.

His quotes reflect the tenacity of someone unafraid to give a goal your all.

Although his writing career was criminally short, Nietzsche managed to produce some of the most well-regarded pieces of the philosophical literature of the 19th century. His works like Thus Spoke Zarathustra and Twilight of the Idols discuss his views of humankind and the dichotomy of good and evil. His writings still influence many prominent thinkers today.

In 1887, William Randolph Hearst took a small step towards creating the company now known as Hearst. Hearst Digital Media works as a journalism giant with more than 360 unique businesses to lead the global and diversified media discourse. Part of Heart Digital Media works with major television platforms, while other parts work in the financial sector, and the rest covers practically everything in between.

Here are some of Hearst’s most motivational quotes, showing how it doesn’t matter if you make a mistake. It’s more important to focus on your goals than the setbacks, and failure might just be the beginning of something successful and brand new.

What to Do With These Encouraging Quotes

Bookmark this article so you can return for inspiration any time you’re feeling unmotivated or down. Knowing that some of history’s giants struggled with inspiration of their own can remind you that it’s okay to question your path or feel a little lost. Even the greatest minds struggle and need a reminder to stay strong in times of conflict. 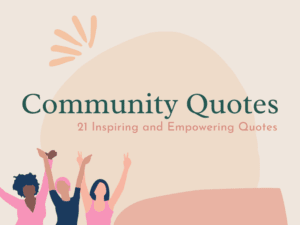 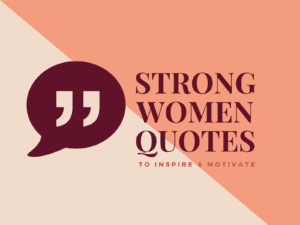 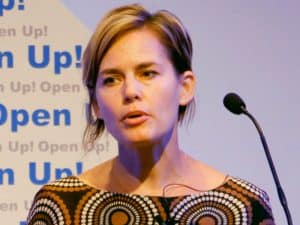 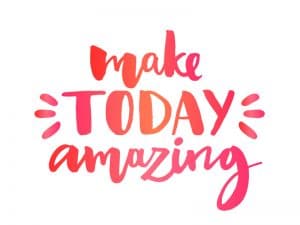