Home » Women In Construction: Could You Make A Future In This Lucrative Industry?

Of more than 10,000,000 people working in the US construction industry in 2018, according to nawic.org, 971,000 were women. To put it another way, there are fewer than 10% of women in construction. This isn’t a solely American matter, either. In Europe, the numbers are similar, with only 11% of UK construction professionals being women. Given the remuneration available to people who are successful in construction – and its importance to building a nation – those statistics are worth getting worked up about.

Before her death in 2016, the architect Zaha Hadid was considered to be one of the leaders in her field, and her projects continue to be worked on today. It stands to reason, then, that there is a place for more women in the world of construction, and there are more than the obvious reasons why.

Women who get involved in the world of construction can play a vital part in achieving greater equality. You can be a part of overturning the image of the industry as a men’s only club. Looking at the numbers above, this isn’t going to happen overnight. But it’s worth moving the needle so future generations can benefit from moves made by the women of today.

The Industry Can Benefit from a Female Perspective

It has been remarked that smart voice assistants “understand” male voices better than they do female ones, and it’s no coincidence that tech is a male-dominated field.

Given that buildings are overwhelmingly designed, surveyed and constructed by men, it’s, therefore, no coincidence that many modern office buildings are, albeit unconsciously, male-biased in subtle ways. Getting more women on board is the best way to address this issue.

There Are General Preconceptions that Need to be Unraveled

One of the main reasons construction is so unbalanced as an industry is because there’s an impression that it’s something men are better at. However, it’s simply not true.

Indeed, the existing nearly 10% of women working in construction are also proving that it’s not a men’s only industry. If you’re curious how to get started in the field – check out https://www.athomeprep.com/product-category/courses/virginia/virginia-construction-and-trades/ for courses. You can always benefit from adding more experience in the field and the classroom.

Taking the chance to get involved in, and making a difference to, an industry without enough women can seem hard. But it might be one of the best things you can do. It doesn’t take a political statement, just you making your mark in a sector that pays well and will always be in demand. 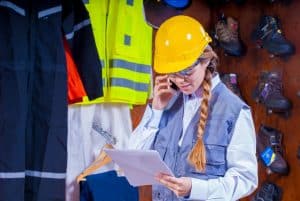 Proving Your Business’ Worth In The Construction Industry 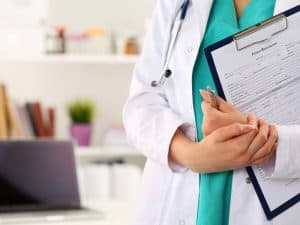 The Future Of Farming – What Are Consumers Looking For?

Proving Your Business’ Worth In The Construction Industry

The Future Of Farming – What Are Consumers Looking For?
Women In Construction: Could You Make A Future In This Lucrative Industry?