You may have heard of these brands, but do you know the founders behind them?

Each week we highlight three businesses and the female founders who made them happen. This week, meet Katrina Scott and Karena Dawn of Tone It Up, Lara Crystal and Lindsey Andrews of Minibar Delivery, and Madeline Haydon of Nutpods.

Tone It Up by Katrina Scott and Karena Dawn

Katrina Scott and Karena Dawn are both fitness gurus who, together, co-founded Tone It Up, a community of women who support and motivate each other to be healthy and fit.

Before founding Tone It Up, both Katrina and Karena were fitness enthusiasts – beginning at a young age. Katrina grew up a bit heavier, which fueled her passion for fitness. Her parents set up a gym in her basement where she began filming work out videos and forming nutrition plans from magazines. She got her first job at a vitamin shop, learning all about nutrition and exercise. Learning about all of this gave Katrina inspiration to earn a Bachelor’s Degree in Health Promotion and Fitness! She taught big group workout classes in college before working as a Master Trainer and Group Fitness Instructor in Boston. After that, she moved to California and started making exercise videos on the beach, where she soon met Karena.

Karena began doing half-marathons with her dad at the age of 12, while also watching her mom workout to Jane Fonda videos. In high school, she began to eat poorly and she finally reached her breaking point in her 20s. Rediscovering her passion for fitness, she began a triathlon. After doing a few, she began personal training and became a fitness model for Oakley, Adidas, and New Balance. She moved to California and met Katrina, and that’s where they put their love for fitness together and created Tone It Up!

Tone It Up is now more than just an app. It’s a community full of supportive women pushing each other and motivating one another to reach their fitness goals. The community has millions of women working together to be the best version of themselves, all while watching videos on ToneItUp.com and through the Tone It Up app. They also have a Tone It Up Nutritional Plan that people can purchase to not only get in shape but make sure they are eating correctly as well. Their website offers recipes, nutrition advice, fitness tips, workouts, pregnancy workouts, and a shop full of protein, meal plans, accessories, collagen, and apparel.

Tone It Up has been featured in countless publications such as Women’s Health, In Touch, E! News, Bravo, Marie Claire, and so many more!

Lara Crystal and Lindsey Andrews are the co-founders of Minibar Delivery, a company that creates a  better way to shop for wine, beer, and liquor with on-demand delivery in more than 50 cities across the U.S.

Before beginning Minibar Delivery Lara went to Cornell University for Applied Economic Management then went to the University of Pennsylvania for her Masters. She worked/interned for Chanel, Coach, and Cole Haan for quite a few years before becoming the V.P. of Marketing and Branding for Rent the Runway.

Lindsey went to Stanford University and also got her Masters from the University of Pennsylvania – The Wharton School. Before beginning Minibar Delivery, she worked for American Express, Fresh Direct, and Amazon for about two and a half years as the Head of Marketing. The two came together to create Minibar Delivery in 2014.

Minibar Delivery is the best new way to shop for wine, beer, liquors, and bar-related gifts. The company connects people with local stores and vineyards, so they are able to offer a large assortment of products and give you a more personalized experience. They serve more than 50 markets across the United States.

Madeline Haydon is the Founder and CEO of Green Grass Foods, which creates Nutpods, a dairy-free creamer made from nuts.

Before creating Nutpods, Madeline got her Bachelor’s Degree in English at the University of Washington. She then got her MBA in Business Administration at Seattle University. One day, while pregnant, Madeline was at a cafe and became frustrated with the lack of dairy-free creamers available. She thought of the idea of Nutpods by mixing a blend of coconut milk with almonds. In 2013, Nutpods received funding of $32,000 with Kickstarter, and during this time, Madeline also went into labor!

The coffee creamer is vegan, Whole 30 approved, non-GMO verified, kosher, and gluten-free. It also has many different flavors likeOriginal, French Vanilla, Hazelnut, and Caramel, and also has limited-edition flavors that change throughout the year!

If coconut milk and almond milk isn’t your thing, they also have creamers made from oat milk. And if that wasn’t enough, their packaging is even plant-based. Nutpods are packed into containers made from 95% plant-based renewable materials. This is the only company in the U.S. to use this type of packaging!

Today, Nutpods is the number one dairy-free creamer on Amazon and has over 5,000 reviews! You can purchase the creamer in over 13,000 retail stores across the U.S. The brand has also been featured in Forbes, US Today, The View, Fox Business, PopSugar, Buzzfeed, and Men’s Health – just to name a few.

Do you have a female founder that you would like to see featured on Women’s Business Daily? We would love to hear about her! Let us know in the comments below or reach out to us here. 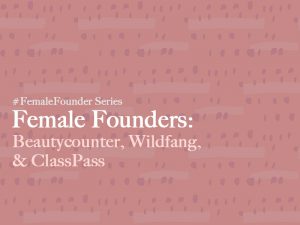 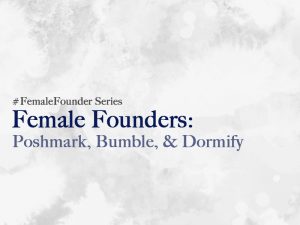