Did you know that females own 40 % of all U.S. businesses?

As of 2020, they are now 114% more female founders than there were 20 years ago, according to Fundera. And every Friday we are celebrating these stats!

Here are three inspiring female founders and their brands that we think you should know about:

Glossier is a beauty company created by Emily Weiss. In 2014, Weiss began a blog called Into the Gloss. While still working her day job at Vogue, she had to spend her time creating her brand after work into the early morning hours.

After receiving $2 million in seed funding, Weiss was able to hire a small creative team, thus giving us Glossier.com.

In the beginning, the brand had just four products for sale on the blog. Weiss went through several rounds of funding and ended up with $100 million in investment. It was then, she was able to fully launch her brand and create multiple products.

Glossier now has skincare, body care, fragrances, makeup, and more. The brand is a favorite among celebrities, influencers, and well, anyone who geeks out over skincare products (ourselves included!).

“Now, we’re building the future beauty company where everything we make starts with you.” – Emily Weiss

Jen Rubio and Steph Korey: Away

Away is an American luggage and lifestyle brand that has gotten people excited about suitcases. Jen Rubio and Steph Korey began creating their line of luggage in 2015, after meeting at their previous job back in 2011.

After founding Away, the company raised $2.5 million in seed funding. Their first product was a gift card with a book of travel stories that they called “The Carry On.” It became available the following year in February of 2016.

In just the first fiscal year of being a company (2016), the company sold around $12 million worth of luggage. The company isn’t slowing down, either. In 2017, they began a podcast called Airplane Mode as well as the print and digital magazine, Here. The magazine includes travel essays, city guides, and photo journals.

Today, Away is still actively growing. The brand currently has a line with tennis player Serena Williams and is expanding beyond just suitcases with totes, backpacks, and interior organizers. We can’t wait to see what they do next!

Rent the Runway is a service that allows people to rent designer clothing and accessories at a fraction of the cost they would pay to buy them. The company was launched in 2009 by Jennifer Hyman and Jennifer Fleiss, who met at Harvard Business School. While the company was originally online-only, later, they actually opened several physical locations around the U.S.

In addition to allowing customers to rent designer clothing at an affordable price, they are helping to create a smaller footprint on the earth by keeping clothes out of landfills. Today, the company has around 9 million members, and they partner with 600 different designers.

The brand was also named Fast Company’s ‘Most Innovative Companies’ two years in a row in 2018 and 2019.

These women and their three brands have set the bar high for small businesses that they’ve been able to grow into well-known brands. Do you have a female founder that you think we need to know about? We would love to hear about it! Let us know in the comments below or reach out to us here. 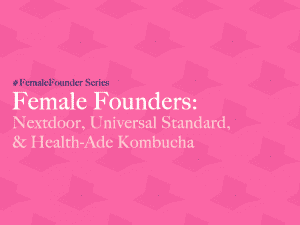 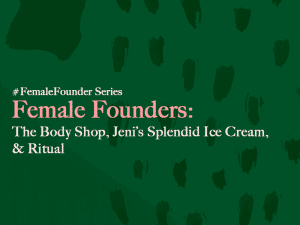