Businesses founded by females are growing faster than ever!  Stats show that from 2007 to 2018, businesses owned by women increased by 58% in numbers of firms and by 46% in terms of revenue. Do those numbers spark the desire to start the entrepreneurial journey? If you’re not quite ready yet, we’d love to introduce you to these 3 inspiring women in this week’s Female Founders article!

Each week we highlight three women and the businesses they have created. This week we want you to meet Anita Roddick of The Body Shop, Jeni Britton Bauer of Jeni’s Splendid Ice Cream, and Katerina Schneider of Ritual.

Anita Roddick was the founder of The Body Shop, a cosmetics company that made ethical consuming relevant and talked about.

Roddick was also a British businesswoman, human rights activist, and environmental campaigner. She lived from October 23, 1942, until she passed away on September 10, 2007.

Before she created The Body Shop, Roddick heavily campaigned for economic and social issues. In 1990, she even founded ‘Children On the Edge,’’ which is a charity helping disadvantaged children in Eastern Europe and Asia. Roddick also worked for the United Nations, which allowed her to travel all over the world. It wasn’t until 1979 that she opened ‘The Shop’ in Brighton, and the store soon it grew into what we know today as The Body Shop.

The Body Shop promotes ethical and environmentally friendly products such as bath bombs, lotions, scrubs, perfumes, and so much more. They were actually the first company to promote fair trade with third world countries and one of the first to prohibit testing on animals!

Unfortunately, Roddick passed away due to a brain hemorrhage, but she is not forgotten. Queen Elizabeth II appointed Roddick, a Dame Commander of the Order of the British Empire. She’s received many awards for her company and charity work such as British Environment & Media Award, Honorary Doctorate from the University of Sussex, National Audubon Society Medal, and many more. 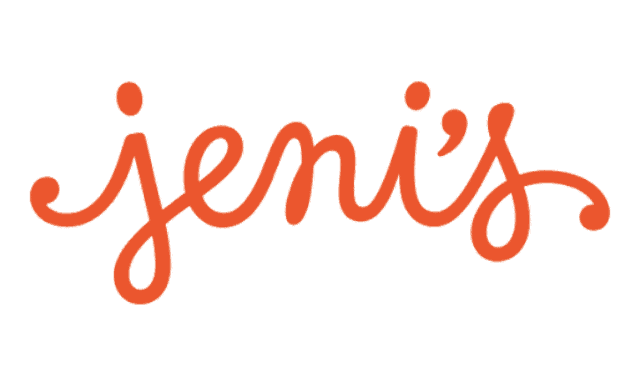 Before opening Jeni’s Splendid Ice Cream, Britton Bauer had always been pretty passionate about ice cream. In high school, she worked at the local ice cream parlor and eventually started to work at a French bakery that opened across the street. She thought she would be a perfumer when she first began experimenting with essential oils. Soon she was putting them into ice cream and having her friends test them out, and the rest is history.

Jeni’s Ice Cream has, of course, received plenty of awards for its tasty flavors and the use of real products directly purchased from farmers. In 2012, the ice cream shop was given the Sofi Gold Award for its Lemon Frozen Yogurt. They won another Sofi Gold Award for ‘Outstanding Product Line’. In 2018, Fast Company also named Jeni Britton Bauer one of the Most Creative People in Business. She even has three cookbooks that have been racking up awards and becoming bestsellers.

Katerina Schneider is the CEO and Founder of Ritual, a health technology company that sells multivitamins for women. The vitamins are vegan, non-GMO certified, gluten, and allergen-free, and contains no colorants or synthetic fillers.

Before she created these multivitamins, Schneider was the Head of Global Innovation at Atom Factory, and before that, she worked as Global Lead of Digital Innovation for Universal Music Group. When Schneider got pregnant, she realized how much stuff we put into our bodies that we absolutely shouldn’t. She noticed her prenatal vitamins were even filled with the products she was trying to stay away from. She searched for a vitamin that was free of these things, but she couldn’t find one. What did she do? She set out to create her own.

Ritual creates vitamins that specifically women need. Scientists study precisely what women need in their bodies by studying diets and genetics, and then they create a multivitamin with key nutrients. Ritual has Essential For Women, Essential for Women Over 50, and Essential Prenatal, so you have a vitamin for all the different stages in life. You can even get a monthly subscription delivery of the vitamins for about $30, plus shipping is free!

Katerina has been named on Forbes 30 Under 30 list, and Ritual is backed by big names like the New York Times, Wired, Vogue, Health, and more. If you don’t take a daily vitamin already, maybe now is the perfect opportunity!

4 Different Small Businesses You Can Start Cheaply & Run From Your Own Home
What You Need to Know About Creating a High-Performance Team
What to Do When You've Lost Your Passion for Your Career
How to Overcome Fear of Organizational Conflict
Published in Business, Featured Articles