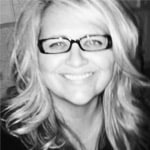 Tara Murphy always knew that she wanted to be in the music industry since she was 10 years old. When her family moved to Atlanta, she left a week later to go to school in North Carolina at Elon University. She realized quickly that there weren’t a lot of music opportunities there, and so she tried to make opportunities happen. She worked at the radio station, interned at Mammoth Records (which was an indie record label at the time), and she did anything she could that was related to music and entertainment.

Tara ended up moving back to Atlanta after graduation and began an internship at the office that is now the Live Nation office. The very first gig she ever worked on in that internship was a Jimmy Buffett concert at Georgia Tech. From there, she started doing things around the Atlanta – working the box office at the Roxy, working at a touring company that did lighting for bands – she was even a receptionist for a little while. Every position was related to the industry she wanted to be apart of – entertainment and music.

Not long after, Tara ended up getting a job at a record label called Ichiban Records, and not long after that, the two owners of the label got a divorce which left Tara with the female-half, who went on to start a new record label – Tara came along for the new venture which was based in the owner’s house.

During this time, Tara was also volunteering for Music Midtown, which she had been doing since the very first event in 1994. Only this time, she was approached to do PR for the event and asked to put together a proposal – which she did putting together a 27-page proposal.

“I didn’t know any better,” Tara laughed. “That was technically my first client.”

Thinking it was just a one-off project, Tara kept looking for jobs and found herself working with a number of music-related clients. And the next year, Music Midtown came back to her again. It was at this point Tara realized she had enough clients, that she could do this. And that is how 360 Media began – and this year, the agency is celebrating its 21st year.

Learn more about Tara Murphy in our interview below.

What would you say is the best piece of advice you were given when you first started doing this solo on your own?

Tara Murphy: Always go with your gut. Always. You already have the answers, you just have to listen. It took me a while to learn that.

The other one was I was always told never take clients for money because it never pays off, and that took me three times to learn that. Now, always we have to love it. It doesn’t matter if it can solve a problem and a cash cow or not. It’s, “Does this fit with who we are and what we do, and do people love it?”

The last one is just common across the board – you don’t know where people are going to end up, so you need to be nice to everyone. I’ve learned that many times over. There will be people I interned with who are now coming around asking for PR, and it was like, “Oh, here’s someone I admired or was intimidated by when I was a young intern, and now we’re working together.” I think a lot of times people don’t understand the connection and how those introductions or those moments can lead to something bigger for you and your career.

I would say those are the top probably three. 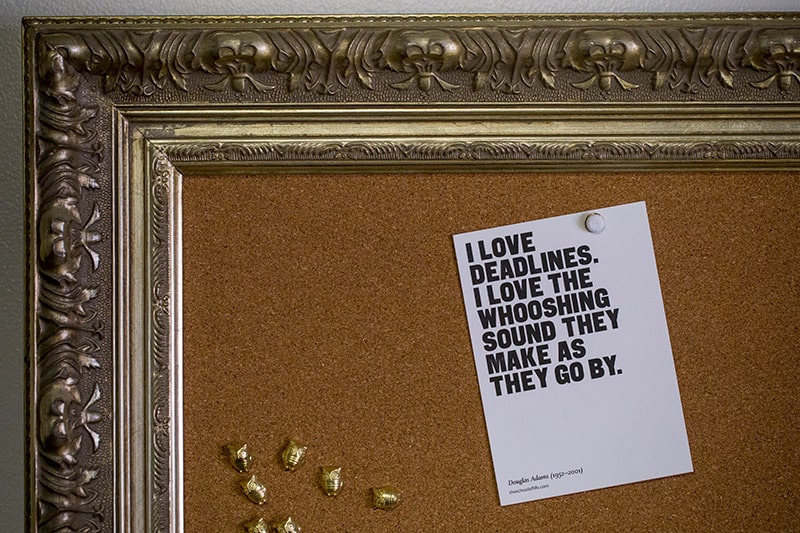 Being 21 years into this what is the biggest challenge that you still face with doing everything that you do?

Tara Murphy: I think the biggest thing is always proving value to the services that we bring to the table. People understand that they need PR, but they don’t understand why or what comes from it. There is an expectation now that PR is sales. If we’re delivering press for you and it fits with what you’ve laid out your goals are then we’re delivering. Educating people that there’s a good expectation of what they can get out of PR is something we’re struggling with right now I think, and struggling meaning just educating.

I think the other thing is the way technology has changed that the folks that are coming up in this industry have a very different perception of what is PR and how to do PR. It’s not just being good with people. It is about relationships, it is about strategy, it is about knowing your media outlets, it is about knowing all of these things and having them come together for the client.

Tara Murphy: Owning a business, you can never really fully, you can never fully unplug. For me, I don’t work on the weekends as much. I may not be in the office in the morning. We don’t come in until 10:00. I may work from home between 8:00 and 10:00, but working from home is a little different than working in the office. Making those changes has definitely helped.

I love to travel, so I need to get out and explore and go to different places, and even if I’m working there for a little bit that’s fine. I’m getting a different viewpoint.

I also meditate every morning. I started meditating in 2015, and that has been probably one of the best things I’ve ever done in my life to change the way that I take things.

In moments of uncertainty or doubt, how do you build yourself back up and reassure yourself?

Tara Murphy: Every business owner I’ve talked to always goes through those moments. It’s whether you’re ready for it or not, it just happens. I think where I’ve gotten, it’s not comparing us to other agencies, understanding that there’s enough business in this city and beyond for all of us, and to be supportive and to be a resource.

Maybe we didn’t get an account that we really wanted and it’s disappointing. I also now look at that and go, “It wasn’t meant to be.” There’s something else happening or something else is coming our way, and I may not understand it right now, but it never fails that the answer comes.

What is your favorite thing about your workspace?

Tara Murphy: I love our workspace. My favorite part is probably that we have a kitchen. That sounds so strange, but we used to wash our glasses in the bathroom sink. When you don’t have that, we were in the same space for 18 years, which is so crazy, but we had a microwave and we had the bathroom sink and that was it. One of the things I said was if we don’t have a kitchen we need to find a spot that has a kitchen or we’re going to build one. This place did not have one and we built it.

Is there a woman or women past or present that you really admire or look up to?

Tara Murphy: I have a whole list. My first boss was a woman named Nina Easton who taught me so many things in the industry and was tough as nails. I took a lot from her in how I do business and my expectations of work.

I also have to say Oprah just because of everything that she’s done, and I’ve been lucky enough to meet her and do some things related to her that I just am inspired by what she does and how she looks at things.

There are a lot of local people that I know as well that I think are just great business people: Amy Leavell Bransford is over at the Aviary, Kelley Knight who opened a mystic shop over at Paris on Ponce, Kristen Hard from Cacao, Kate Atwood who is now running ChooseATL and runs Kate’s Club, Kat Cole from Cinnabon, and Alisa Barry from Bella Cucina – who just launched these incredible cards – they’re these amazing encouragement cards. 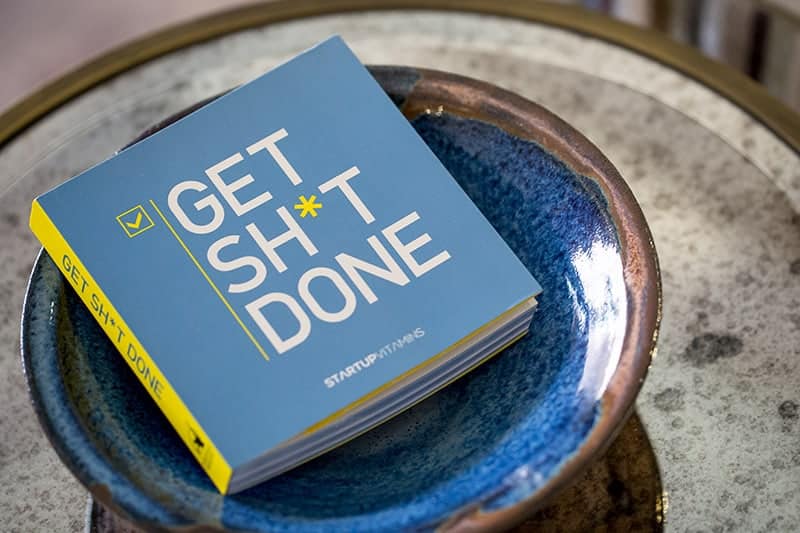 If you were given three more hours in a day, what would you do with them?

Tara Murphy: My immediate reaction is sleep. I need a little more sleep.

I would probably try to walk more. It always clears my head. I think that’s a big thing and I always feel much better when I do it. I’d also spend more time on some of the personal passions that I have. I always wanted to be a floral designer, and I love putting together floral arrangements. I’ve wanted to take a class to do that.

Oh, and read. I’m working on Popsugar’s reading challenge for 2017, and it’s 48 books in a year. They give you not the name of the book but it’s a topic to find a book that fits the topic so you can check it off.

Today, Tara Murphy‘s company, 360 Media, has seven full-time employees in their Atlanta office and 3 interns – in addition to a number of contractors used for additional support. Their next big challenge? 360 has a lot of big things on the horizon entering their 21st year. They’ll be doing a lot more in real estate, such as Atlanta Dairies and Larkin on Memorial. They’ll also be doing a food hall in Charlotte, North Carolina (similar to Krog Street here in Atlanta). There’s also have a number of new restaurant clients as well – such as Bon Ton Boil House.

“We haven’t pigeonholed ourselves, so we’ve got enough diverse clients that it doesn’t make it boring or that you’re competing against yourself. That’s a big thing for me.” Tara commented.

Want to learn more about 360 Media? Follow Tara and her company at the links below.