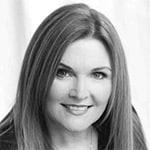 Danica Kombol is a marketing executive and founder of the Everywhere Agency, a leading social media marketing firm, with clients such as Macy’s, Cox Communications, Carter’s, and UPTV. What sets Danica apart is her depth of experience in marketing and her ability to work with both C-Suite execs and millennials.

Danica is a leader in the intersection of new and old media with decades of experience in marketing, PR and television. She began as a television producer and then moved on to be a PR executive. She launched her career at Sesame Workshop where she helped create international versions of Sesame Street. She went on to produce programs for such legendary outfits as Saturday Night Live, Kids in the Hall, Broadway Video and VH1. She’s held senior roles at major PR and marketing firms like Ketchum, Babbitt & Reiman and others. Her experience navigating the highest echelons of traditional media, advertising and PR are priceless assets in her social media work.

Danica is a frequent speaker on social media and an advisor to Fortune 500 companies navigating this new world. She’s as passionate about her philanthropic work as she is her professional career. Presently, she serves on the board of WOMMA (Word of Mouth Marketing Association), is an Atlanta Women’s Foundation alumni board member and is a 2009 graduate of Leadership Atlanta.

Check out our interview with Danica below.

In your own words, can you tell me a little bit about your professional background and how you started Everywhere?

Danica Kombol: If I take a look back, you can see the thread that ties it all together. In short, I started as a young producer at Children’s Television Workshop, which is Sesame Street. I worked on the international versions of Sesame Street. I worked on a flagship program that they did, called Square One TV, which was designed to teach math to 8 to 12 year olds. I did the whole children’s television thing, and I realized I really wanted to move into comedy. Then I began working for Lorne Michaels in his various properties. I was a producer making short films at Saturday Night Live, living in SOHO. Flash forward, my husband who worked at CNN got transferred to Atlanta, I had two kids, and the kind of producing I did in New York didn’t exist in Atlanta back then. (Atlanta has obviously come a long way and is now a center for film and television but 20+ years ago, that was NOT the case). I realized that I really loved marketing, so I made the shift to be a marketing person, and essentially defined a marketing career that fit to where I was at that point in my life, given the age of my children, given the financial needs of my family. They say necessity is the mother of invention. No statement is more true for a woman entrepreneur. She’s constantly inventing herself, based on her current reality.

When did you decide to make social media a strong focus for your agency’s services?

Danica Kombol: The key moment when I realized that I wanted to move into social media was when Obama was elected in 2008. I was working for a global PR firm. Everybody was walking in saying, “We want that thing. We want that thing that got Obama elected.” I looked around, and I thought, “They’ve got a total of two people on staff who do social media. Whoa?” I saw a real opportunity, and the big PR firms did not get it. For my age group, I was an early adopter to social media, and once I scratched the surface I realized, “This is just people talking to people online. I love conversation. I love word of mouth.” At that point, I started Everywhere Agency, and that was 2009, back in the olden days of social media.

You all do a great deal of influencer marketing now as well, can you speak a bit on the evolution of that over the last few years?

Danica Kombol: When we started everywhere agency in 2009, there really was no such thing as influencer marketing. It was called blogging. We were starting to hear from brands that they wanted to connect with bloggers. The groundwork hadn’t really been laid for how those connections could be made and stories could be told.

Did we work with influencers from the beginning? Absolutely. One of the first things that we did, which is one of our agency’s claims to fame, is we won the Guinness World Record for the most socially networked message in #BeatCancer. We launched that at a now defunct conference called Blog World. Essentially, it was the power of influencers all sharing the same social media mention, #beatcancer, that got us the Guinness World Record.

What separates you and your agency, from other agencies in this space?

We’ve also built out a platform called InfluencerConnect™, which allows us to make a true match between the brand and influencer. Brands today are looking to build out authentic, organic stories about their products or services. The only way to build those stories is to find the right influencer, one that already has a passion for the brand. Two things help us with that. One is the fact that we live, work, and play all day, everyday with our influencer community. Secondly, our platform provides the technology to find the right influencer to tell a brand’s story.

What does a typical day for you look like?

Danica Kombol: Is there such a thing as a typical day? That’s my answer, but I would say much of my day is devoted, immersed in content – Reading, reviewing content, or engaging with the team. Really providing the support that I can for them, but understanding that I need to get out of their way to let them do their best work. Oh, did I mention email? I read and respond to a lot of emails.

How do you turn off at the end of the day?

Danica Kombol: I have four different meditation apps on my phone, and I toggle between them. It’s the only healthy thing I have found to turn off.

As a business-owner, I have to be around smart people, and they don’t just have to be smart, they have to be scary smart. I want to be challenged by my team. I want there to be a healthy element of debate. I don’t want anybody who is going to accept the status quo. I love over-achievers, but you have to find healthy over-achievers.

Who would you consider to be your mentor? Is there anyone who’s really influenced you, or that you lookup to?

Danica Kombol: Of course. It’s Mom. My mother grew up in an era where women really couldn’t be business leaders, yet everything she did in her life showed me she was a businesswoman, in addition to keeping up with her generation’s expectations of what a homemaker should do. I constantly have her voice in my head. She shared bits of wisdom with me throughout the years, and also just having a mother who believes in you provides you lifelong confidence that cannot be beat, and nobody can take that away.

What do you feel is the biggest challenge that you face professionally?

Danica Kombol: When you’re running a business, your temptation is to get into the weeds with the myriad of things that are going on every day, but a successful business leader keeps focus, keep their eyes on the prize. The biggest barrier to success is letting go of focus.

What three pieces of advice would you offer to someone that’s looking to start their own business? To another female entrepreneur?

Danica Kombol: Number one, realize that you are chief cook and bottle-washer. You’re the one. Number two, truly, madly deeply understand that it takes time before you turn a profit. Number three, if you’re risk intolerant, stop and ask yourself is this the right business line for you.

I know you didn’t ask this, but there’s something I feel very strongly about. In business, which is … I think ageism is pervasive in business, and I’m concerned by how people in my age group perceive millennials. There’s this sense that millennials are spoiled, and privileged, and they want to be CEO.” When I hear that, I think to myself, “What’s wrong with somebody walking into your business with a very healthy sense of self, and a desire to be CEO of your organization?” I’ve decided to look at that attitude and foster it as opposed to try to smush it out of them. I learned in order to be successful in the business of social media, I needed to be around the group that adopted first and, through their enthusiasm, built social media. I also learned that I needed to adjust my management style to work better with them rather than asking them to adjust their style to work with me.

Fun Fact: What Movie Best Describes Danica’s Life?
“That’s easy. I live in the Wizard of Oz all day. My whole life is the Wizard of Oz. I’m on the yellow brick road. Glinda is my superhero. All day, it just feels like another adventure.” Kombol says.

Today, Danica Kombol‘s company, Everywhere Agency, has 12 employees with most of the team residing in Atlanta and two remote employees in Seattle, and North Carolina. Their next big challenge? Handling their growth. The agency had tremendous growth in 2016 – both financially and in terms of team, and they anticipate more growth in 2017. Danica is also excited about upcoming trends in social media and seeing how influencers factor into newer platforms. They’ve already done some Snapchat and Facebook Live influencer campaigns and are eager to join forces with brands willing to think outside the box when it comes to influencer marketing. Want to learn more about Everywhere Agency? Follow Danica and her company at the links below.

Want to learn more about Everywhere Agency? Follow Danica and her company at the links below. 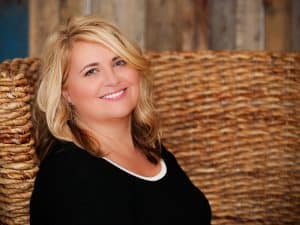 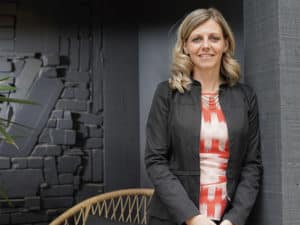 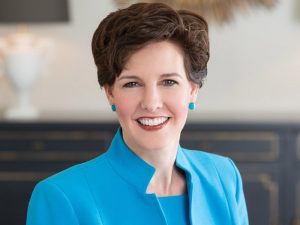 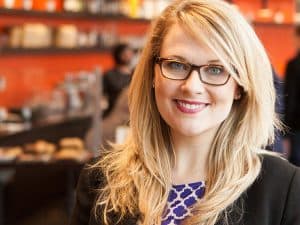