Home » Lorraine Calvert: Costume Designer for ‘Mark Felt: The Man Who Brought Down the White House’ 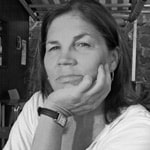 At 28, Lorraine Calvert started college later than most. She got her BFA in Costume Design after an intense design program with lots of hands-on practical training.

After graduating, Lorraine went to NYC and worked in various costume shops, at that time ballet and Broadway was where most of the work was. She met many top designers who she then assisted: Santo Loquasto, William Ivey Long, and Patricia Ziprodt among others.

Not long after, she found herself assisting on the ground-breaking series, The Sopranos, which in her opinion was the beginning of truly great TV programming.

“Along the way, it’s the colleagues you meet who become your friends and mentors and who encourage you to do more that paves the way,” Lorraine explains. “My close friend Mike Slovis referred me to his agent Maureen Toth, finally I was able to segue my career into designing.”

In your newest project with Mark Felt: The Man Who Brought Down the White House, where do you begin when building the wardrobe for a cast of characters that is cohesive with the overall feel of the film?

Lorraine Calvert: The film is a film based on facts. First and foremost I gathered tons of picture research about Mark Felt, John Dean, John Mitchell, L. Patrick Gray, Ed Miller, Angelo Lano, these were all real people. It was fascinating to discern the personal details of each character and then to put my own personal stamp on it. Where do you source the accurate textiles and garments? Do you have a go-to source and manufacturer, or does it vary for each film you work on? I had many sources for Felt. I had Liam Neeson’s suits made at Western Costume in LA. I fit a spec suit on him 2 times, then from that prototype I had 10 suits made from various fabrics. I pulled a vintage shirt from Western and once I fit it on Liam I had white shirts custom made from Geneva Shirtmakers in NYC. I bought amazing wools at B. Black in downtown LA( a 3rd generation fabric store). Lots of the vintage garments came from Palace in LA, and also Right To The Moon, Alice in upstate NY, and Steve Chudej in Texas. Each project is sourced differently based on time and money.

Mark Felt: The Man Who Brought Down the White House

How do you go about picking your color palette for your projects?

Lorraine Calvert: Lots of discussion with directors and showrunners. I am working on a fabulously creative project right now for SyFy called HAPPY! and I’m using so much color and it’s so much fun!!

Lorraine Calvert: Looking at research about Mark Felt we could see he was a very elegant man, very dapper and he wore darker colors, very simple ties, still wide but not the garish prints of the seventies, so I reserved most of the dar colors for him. Once I have an initial fitting and can tell what will work I do variations on it. Each project is unique- for instance in designing Punisher – The Punisher has a very minimalist wardrobe, very dark, but in flashbacks I used much lighter colors to create a happier vibe.

Do you find your personal style influences whatever project you’re currently working on?

Lorraine Calvert: Absolutely not, separation of church and state!

Working on Marvel’s The Punisher – how did that compare to other projects you’ve worked on? Any specific challenges you hadn’t encountered before?

Lorraine Calvert: Punisher and Daredevil Season 2 were unique. Arriving at a look for a beloved Marvel character that has been represented in so many iterations… that took many fittings and much discussion.

You want to be true to the character, you want to listen to the actor’s interpretation, and last but not least you have to know what the showrunner is thinking for that character. And then you have to put your personal stamp on it, because after all you are the designer.

For a costume designer, is there any difference in working with Netflix versus a network or a film studio?

Lorraine Calvert: Every project has challenges with producers and showrunners, etc., you’ve just got to listen! You won’t always click with everyone. I love the Marvel Netflix world-such collaboration!

Network is always tougher because there are many voices who get the last word. And film is fantastic because it’s a full story.

What was the best piece of career advice you were given?

Lorraine Calvert: Can’t remember, it was early on, but recently when I was hired to do Daredevil, Jim Chory, an executive producer, said to me, “You are going to hear a lot of voices, just stay calm.”

That helped me navigate the waters of Marvel so much. P.S. I did hear a lot of voices.

What was the biggest challenge you face as a costume designer? How do you tackle that?

Lorraine Calvert: Sometimes the biggest challenge can be a producer with whom you may not agree with or the direction they want you to go in, ultimately it is their film- you have to pick your battles. Another big challenge is being able to be creative given unrealistic deadlines.

Hollywood is a harsh industry-In moments of uncertainty or doubt, how do you build yourself back up?

Lorraine Calvert: It’s important to have a great crew who have your back, and who can help you figure out other ways to surmount momentary hurdles. A great assistant, a great tailor, a great wardrobe supervisor, all important!! At the end of the day, I am doing something I love, I wouldn’t change it, and one of the things I love about it is my interactions with actors, I have such a good time in fittings listening to them talk about the characters they are playing.

What 3 pieces of advice would you offer to others looking to pursue a career in costume design?

Lorraine Calvert: Have a great attitude, always ask questions! Stay healthy, these are very long days. Treat everyone with respect on the crew, that PA on the set crew will be a producer in 10 years!

Catch Lorraine Calvert’s latest work in Mark Felt: The Man Who Brought Down the White House and Netflix’s upcoming Marvel’s The Punisher! 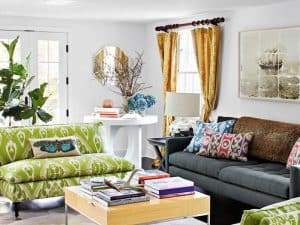 The Power of Pattern with Designer Susanna Salk 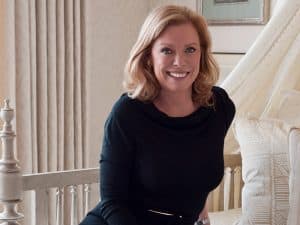 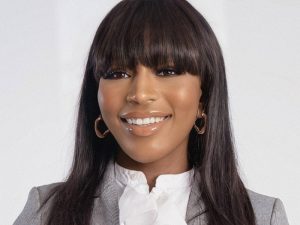 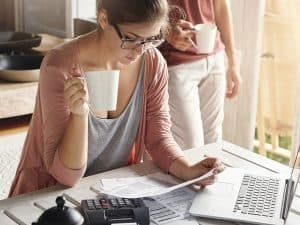 The Power of Pattern with Designer Susanna Salk

Nia Brown: Founder of House of Bloom
Lorraine Calvert: Costume Designer for 'Mark Felt: The Man Who Brought Down the White House'