Home » When Is International Women’s Day? The Background Behind the Celebration

International Women’s Day is a global celebration of social, political, economical, and cultural achievements of women. This day is also a centerpiece for the movement for women’s rights. The celebration has occurred for quite some time now, beginning in 1911 and continues to strengthen each year.

There’s not just one non-profit organization, government, corporation, charity, women’s network, media hub, or academic institution that is solely responsible for the holiday. International Women’s Day is a celebration occurring across the globe, although, organizations will create their own theme that helps to support their agenda or cause.

The History of International Women’s Day

The early 1900’s were a time of massive expansion and booming population. Therefore, a rise of radical beliefs were growing and women were fighting to gain the right to vote and gain equality.

In 1908, women became more vocal about their rights and began campaigning for their rights. This led to a march through New York City in demand for voting rights, shorter work hours, and equal pay.

The Socialist Party of America began declaring the first National Women’s Day on February 28th in 1909.  This celebration continued on the last Sunday of February until 1913. In 1910, Clara Zetkin of Copenhagen declared to have a celebration in each country on the same day, each year. 100 women from 17 different countries gave approval. This led to the first International Women’s Day in 1911.

In 1911, IWD was honored for the first time by several countries. Over a million men and women attended IWD rallies and campaigns for women’s rights to work, vote, hold public office, etc. Less than a week later, though, the “Triangle Fire” in New York City killed more than 140 working women. This began drawing attention to working conditions and labor laws, becoming an important focus of International Women’s Day events.

International Women’s Day finally got its date of March 8th in 1913, subsequently taking place on this date even today.

Today, the world has seen notable changes in women’s rights, equality, and social justice. Women have gained much better access to roles, opportunities, job positions, and rights. The holiday is celebrated all over the world and connects women through local activities such as rallies, campaigns, networking events, business conferences and more.

Large global companies even help to bring light and knowledge to the holiday. Google changes its homepage to support the holiday, Coca-Cola often celebrates by promoting or running campaigns, and many companies honor the holiday with workshops and conferences. 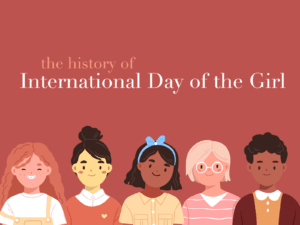 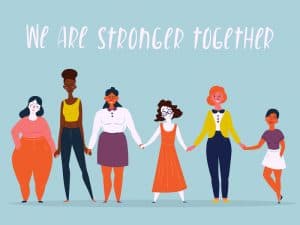 5 Ways Women Can Empower Each Other 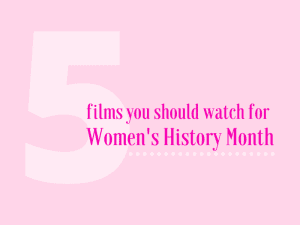 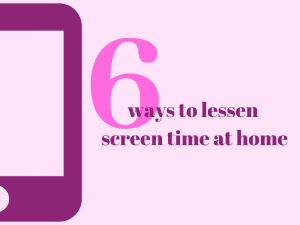 5 Ways Women Can Empower Each Other

5 Films You Should Watch For Women’s History Month
When Is International Women's Day? The Background Behind the Celebration