Every great leader has their own style and not all styles for everyone. There are, however, shared strategies among some of the most successful leaders. Here are three of them.

#1 They protect their team (Their whole team)

If you’re out for yourself, your team will know and they too will look out for themselves.

Even the most committed people will fade in enthusiasm if you don’t show your loyalty to them. Teams who feel uplifted, protected and taken care of will follow their leaders into battle. It’s that simple.

An important step for protecting and supporting your team is to be truthful with them and at times even vulnerable.

When people know where things stand in their company, they are much more likely to feel safe to do their jobs and to innovate.

Key: You must protect everyone.

It’s easy to be supportive and protective of your most loyal team members. It’s equally as important to be there for those who either disagree with you or don’t care for your leadership.

Successful leaders don’t choose who to support. You can choose who to hire and you can make the tough call to fire when necessary, but if someone is in your charge it is your job to protect them.

The added benefit of making a strong effort to support those who perhaps don’t see eye to eye with you is that it will allow you to better understand them.

Maybe there’s a stopgap that can be fixed through good communication, or perhaps there’s a bigger problem at play.

You will have to fire people throughout your career. It’s an inevitable byproduct of being in a position of leadership.

Successful leaders take great care in the way they fire. They are kind, compassionate and transparent to the team member being terminated and they remain this way towards that individual long after he or she is gone from the company.

Why is this so important? For starters, how you handle firing reflects on both you and the organization you represent.

But it also sticks with your remaining team longer and more deeply than you might expect.

Early in my career, I worked for a Fortune 500 publishing company. In my time there, I witnessed two significant rounds of layoffs.

During the first round, I worked under a manager who was very detached from the situation. She was rather cold leading up to it and once someone was escorted to HR, she never spoke of them again.
By the time of the second round of layoffs, I’d been promoted a few times and worked under a leader who was compassionate, personal and went to great lengths to remove as much discomfort as he could from both the employees being laid off and the remaining team members.

Following the first round of layoffs, I remember everyone under that particular manager being uneasy for a long time, including myself.

It’s not because we were worried about our jobs. In fact, following the layoffs, we were all informed that our jobs were safe and told not to worry.

The reason we felt this ongoing discomfort is because of the way the layoffs were handled. It made our former co-workers (and the rest of us) feel less like individuals and more like numbers.

By contrast, the second time around, our leader showed that he cared very much about each individual who was laid off. It was apparent and made a long-lasting impression.

Now, I’ll point out that this doesn’t mean the first manager was a bad person. In fact, she may have struggled with firing and simply used this distant approach to cope. As with most leadership skills, there is instinct and there’s intentional, practiced behavior. When your natural instinct is avoidance under these circumstances, you must develop the skill to be present and compassionate.

Firing employees is not easy and for most leaders, it’s the single worst thing they ever have to do. However, if it’s done in a compassionate and humane way, you will gain long-lasting respect and loyalty from your team.

#3 They Remove Fear of Failure

When people are afraid of the outcomes if they’re ideas fail, they stop bringing those ideas to the table. On the contrary, when both ideas and failures are celebrated it creates a corporate culture of innovation.

Spanx founder and CEO, Sara Blakely is known for not scaring easily when it comes to failure and even famously encouraging it on her team by asking how they’ve failed in meetings then celebrating the best failures.

That’s precisely how successful leaders view and interact with the prospect of failure.

It’s par for the course that not all ideas and products will succeed, but they’re a lot less likely to succeed if your team is afraid to bring them forward in the first place.

Fear of failure makes people afraid to try at all.

An effective leader has the right people in the right places doing the right things. If you’ve got a team in place that is capable and committed, you should assume that they can provide higher value to the organization when they’re allowed space, time and empowerment to innovate.

Allow your team the freedom to fail and the best ideas your company has ever seen may just come to light.

All successful leaders have their own unique style.

Successful leadership is not a one-size-fits-all formula. There are different variables at play in every organization and with every group of people. These three strategies are certainly key ingredients to any winning formula.

What other leadership strategies do you bring to the table or have you witnessed from strong leaders in your career? Share them with us in the comments below.

After hitting severe burnout from years of overworking in high-stress environments, Jackie vowed to slow down and started her own consulting company in 2019. She quickly realized that the same cycle of overwhelm and burnout she experienced in her corporate career is what a lot of women fall into even in their own businesses. These days, Jackie helps Service-Based Entrepreneurs employ smart strategies to grow businesses without the overwhelm through her Education and Coaching Program, Full Circle Freedom™.

In her column on Women’s Business Daily, Jackie draws on her own journey along with the countless lessons she’s learned helping clients transform their work into businesses that put their quality of life first.

Learn more about Jackie’s work and gain access to educational resources at JackiePrutsman.com. 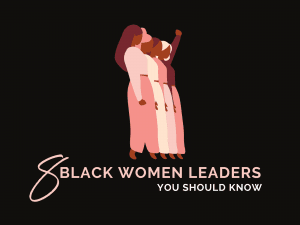 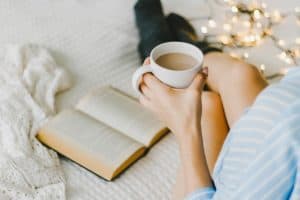 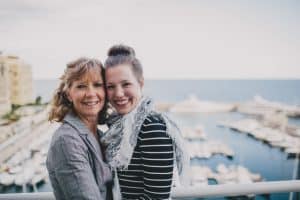