Dina Gerson is Director of Olympic Marketing for the North America Division of The Coca-Cola Company. In the U.S., she is responsible for managing the relationship with the United States Olympic & Paralympic Committee (USOPC) as well as the 14 Olympic and Paralympic Athletes that Coca-Cola partners with (ie Simone Biles, Alex Morgan).

Dina started her career at The Coca-Cola Company over three decades ago. She has had several roles over the years including: National Promotions, National Marketing, Burger King Account Team, Consumer Promotions, College Marketing, Global Sports Marketing, and U.S. Sports Marketing.  She has also overseen a number of partnerships with sporting events for The Coca-Cola Company including the Olympic Games, the Olympic Torch Relay, the NCAA Final Four, Special Olympics, Euro, FIFA World Cup, and Rugby World Cup.

Prior to The Coca-Cola Company, Dina worked at Macy’s Atlanta (Division Headquarters) in Public Relations and Special Events for four years.

Dina is a proud Longhorn who graduated from the University of Texas with a B.S. in Advertising.

I have the best job at The Coca-Cola Company. I manage our partnership with the United States Olympic & Paralympic Property as well as our Olympic & Paralympic Athletes (including Alex Morgan, Simone Biles, Missy Franklin, Christian Coleman, Caeleb Dressel, Noah Lyles and Roderick Townsend to name a few). IF you don’t know some of these names, you will after the Olympic Games Tokyo 2020! No day is exactly the same. It’s exciting, challenging, refreshing and invigorating and I get to work with talented, smart, sharp people who I learn from every day. I love managing relationships and connecting people and always try to add value and make a difference in everything I do. I’ve been fortunate to be part of The Coca-Cola Company for over three decades.

How did you get involved with the Atlanta Jewish Film Festival (AJFF) and become a board member?

Twenty years ago there was a meeting at the American Jewish Committee (the other AJC) for volunteers who wanted to get involved in a startup film festival called the Atlanta Jewish Film Festival which was founded by the AJC.  I was on the AJC Board, I volunteered and have been hooked ever since. I was humbled to Co-Chair the AJFF with Mike Leven (former president and COO of Holiday Inn Worldwide, the Las Vegas Sands Corp, and former Chairman/CEO of the Georgia Aquarium) in 2006 and with David Kuniansky in 2007.   In 2018, I was asked to be on the AJFF Board and it’s extremely rewarding to see how far the AJFF has come in two decades from 2,000 people our 1st year to a combined year-round attendance exceeding 40,000 last year with 25% of audiences identifying as non-Jewish.

What does being a board member with AJFF entail?

Find your niche in a job that creates a positive impact, is unique, and that nobody else does at your Company (which I did)

Success is the ability to do what I’m passionate about every day. I have the privilege of being the 1st Female Chairwoman of the Atlanta Sports Council and that is rewarding both personally and professionally. In addition, success means that I’m in a position where I’m empowered to help others reach their goals and objectives.

My high school Journalism teacher, Julia Jeffress, strongly recommended that I go into Advertising (because I was extremely creative) versus Journalism (because I hated writing about hard news) at the University of Texas. This was my “aha” moment! It changed the trajectory of my life/career, is the reason I am where I am today and I am forever grateful.

Ingrid Saunders Jones (former head of the Coca-Cola Foundation & former SVP: Global Community Connections) is my mentor. We “bonded” early on because we had common good friends at the American Jewish Committee & at The Coca-Cola Company and still have a special friendship to this day. She was my VIP Guest for the Opening Night of the AJFF, which was very rewarding because we were together on Opening Night 20 years ago.

I also enjoy mentoring people, although I don’t have as much time to formally do this as I would like (so much of my mentoring is informal). This is a gift I have gotten a lot of positive feedback on.  I take a personal approach with almost every relationship to ensure that I provide insight into how to apply all life skills (work or personal) into future opportunities.

I get massages, go for walks, get my nails done, take bubble baths, and of course, watch AJFF movies!

What do young women who want to pursue a career in marketing need to know?

Young women need to know that there are so many different areas in marketing (ie sports, social media, experiential, brand, lifestyle, entertainment, operational) and the opportunities are limitless. She doesn’t need to know exactly what she wants to do, but she needs to work hard and “pay her dues.”  Diverse roles and jobs will help build her skill set and resume and will determine what areas she does and doesn’t want to pursue.  She also needs to know that there’s more than one path to get where she wants to go.

What saying do you identify most with?

“Do what you love, love what you do”

The Keeper! It is based on a romantic true story that speaks to the power of sports to unite and is a fascinating love story. I can’t wait to see it again! 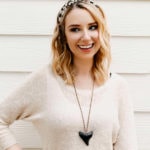 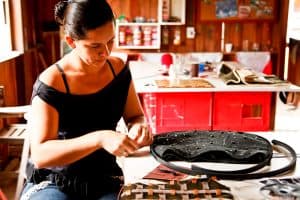 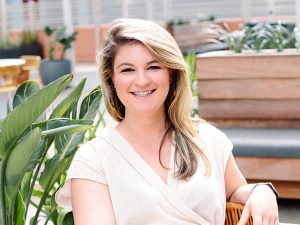 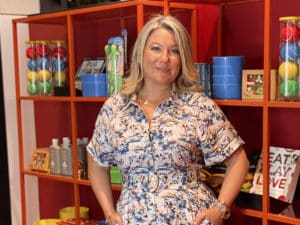 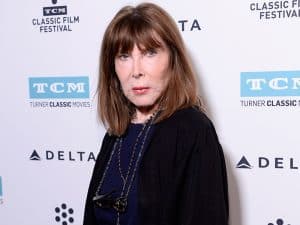