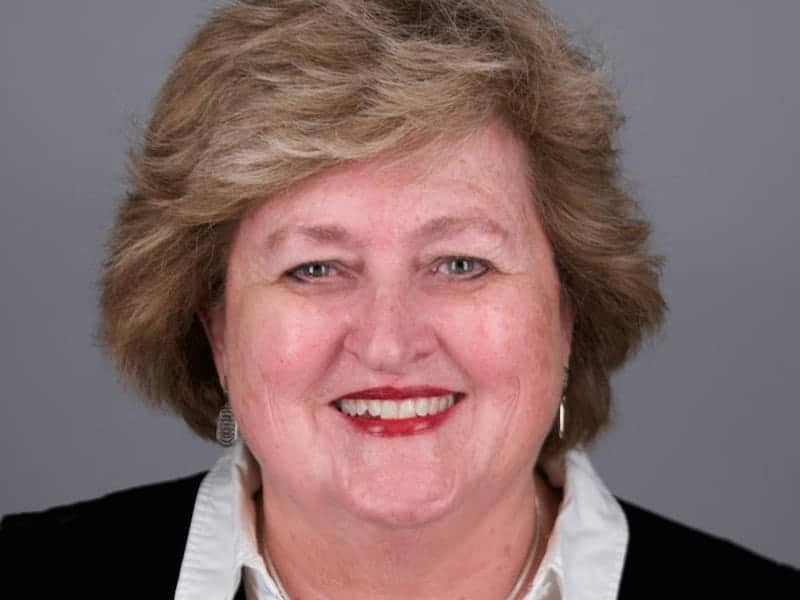 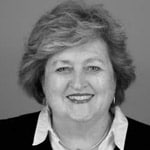 When Deborah Sprinkle retired from teaching in 2004, she planned on doing three things: attend the women’s Bible study at her church, join a local book club, and write a mystery novel. She began going to Bible study on Wednesday mornings, and when her local library started a book club, she was one of the charter members!

Originally from St. Louis, Deborah received her bachelor’s degree in chemistry from the University of Missouri-St. Louis. She worked as a research chemist for many years at both St. Louis University Medical School and Washington University Medical School and is the co-author of two professional articles arising from her work with those institutions. In 1991, she and her family moved to Memphis, where Deborah completed her teaching certification at what was then called Memphis State. She taught chemistry for ten years at a private girls’ school in Memphis before retiring.

So whatever happened to the mystery novel? After attending many conferences, taking many classes, and sitting at the feet of many experienced writers, Deborah wrote her novel, Deadly Guardian. And, in 2018, her dream came true when Mantle Rock Publishing saw something of value in her words. Deadly Guardian made its debut in May 2019.

Check out our interview with Deborah below! 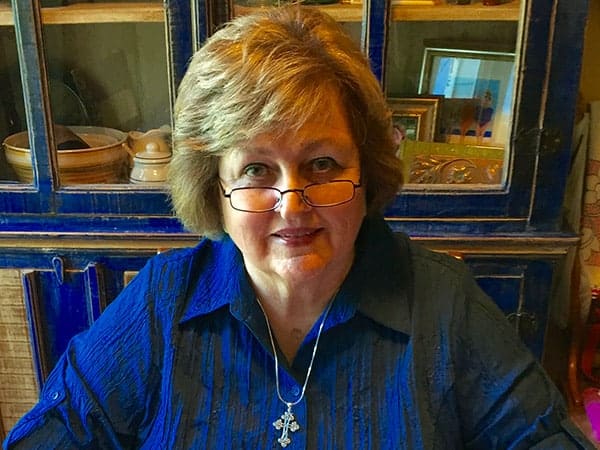 One of the perks of being an author is that you have some control over your time. My days vary, and there is no typical day. That’s one of the things I love about writing. One day I may spend the entire time writing on my latest novel. And the next, I’ll spend composing blogs or reading a book on the craft. But, I make sure to do something related to my writing career every day—whether it’s working on my novel, social media, or my website.

It’s important to maintain organization and make deadlines. I make goals of so many words written in a certain time period, along with other objectives related to marketing and my website. I use a daily journal to keep track of my progress. This can be depressing at times! For instance, right now, I’m way behind on my word goal, but meeting many of my website goals. This helps me know how to focus my time.

What was the best piece of writing advice you’ve ever been given?

That’s a tough one to answer because there have been so many.

I guess the best advice I’ve gotten is to develop skin like a rhino. Anything you write becomes like your child. Especially in the beginning. It’s tough to hear any criticism against your work, but you will.

Throughout your writing career, you’ll be criticized, refused by agents, and rejected by publishers. You’ll get one-star reviews on Amazon that will rip your heart out. It happens.

If you develop that thick skin early, those arrows will not penetrate. In fact, I found that I was able to look at what was said and glean whatever seed of knowledge I could use to make my writing better. 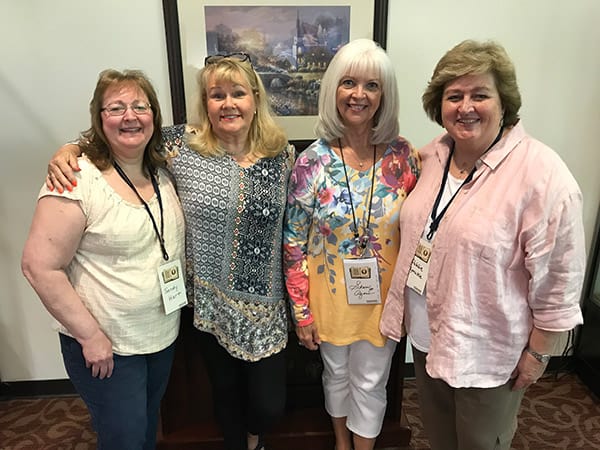 What’s the biggest challenge you faced as an author?

For a woman who used a slide rule and typewriter in college, my biggest challenge so far has been social media. The writing itself is exhilarating! I have an agent, and I have been published. But, now I’m expected to have a presence on a couple of social media platforms that reflect my target audience. I’ve chosen Facebook and Twitter, with some interaction on Instagram. I have my own website complete with a blog and am working (with help) to expand that as well.

I came to writing late in life, after retiring from teaching. So I have an advantage many of my younger author friends don’t—Social Security. I’m free to define success in terms of goals achieved.

When I retired, there were three things I wanted to do. One of those was to write a mystery novel. It took me a while to get started. I attended several writers’ conferences and published a non-fiction book before writing the first sentence of my fiction story. While working on my novel, I wrote several short stories and articles that won awards. Each of those was a success for me, a confirmation that I was achieving my goal. My romantic suspense novel, Deadly Guardian, debuted in May 2019. And that was the crowning success for me.

Currently, my second novel is being edited, and I hope to see it in print next year.

In moments of uncertainty or doubt, what do you do to kind of build yourself back up? Where do you go to get that support?

First of all, let me say that every author—I don’t care who he or she is—suffers from self-doubt at times. Even Stephen King!

“I’m afraid of failing at whatever story I’m writing—that it won’t come up for me, or that I won’t be able to finish it.”
—Stephen King, Rolling Stone 2014 interview

I’m a Christian, but I’ve been to conferences that were geared toward Christian writing and toward the general population. The writers I’ve met are an amazing bunch of people. There’s an instant connection in our shared experience.

Through these connections, I’ve joined an online critique group that has become my main encouragement and support. And, I’ve found a local writer’s group as well.

When Deadly Guardian debuted last May, two of my writer friends invited me to do guest blogs on their websites immediately. Another friend invited me to participate in a meet and greet at a local library. I was so thankful for their help in marketing my book!

As my website grows, I hope to be able to return the favor and also help other writers along the way.

There are actually 4 women who have collectively inspired me, and still are. DiAnn Mills, Edie Melson, Lynette Eason, and Eva Marie Everson. All four of these amazing ladies are good friends, and successful authors—although in very different genres. Each has inspired me in a different way.

DiAnn and Lynette write romantic suspense, and both have been mentors of mine in the past. Edie is a social media wizard! But, she’s also an advocate for writer’s taking time for soul care.

Eva Marie picked me up off the ground when I needed it most. Her words of encouragement at the beginning of my career made all the difference. 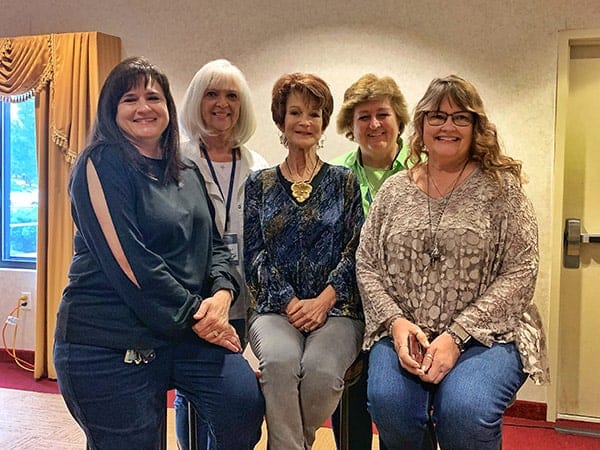 Writing is a very solitary profession. Many writers are naturally introverts anyway, but not me. I need contact with people. I need lunches with girlfriends, book clubs, and other activities that get me around people. I have learned to write in chunks of time, and actually, my mind rarely shuts down completely. The other day while at lunch with a friend, the waitress who served us was named Mercedes. I loved the name. So I noted it for use in one of my books.

I’m constantly making notes about how someone is dressed or what a place looks like. Or, if I’m waiting on someone, I’ll even jot down a story idea. It’s hard to shut off the brain completely. My husband and I love to travel, but even then, I find myself taking pictures of things with a vague idea in the back of my mind.

I can also get lost completely in jigsaw puzzles on my computer of all things. It helps to give my brain a much-needed break from writing.

What do young women who want to pursue a career in writing need to know about the industry?

Young women who want to be writers should have another job to rely on at first. Yes, there are the few like Delia Owens who writes a New York Times bestseller on her first try, but that’s definitely the exception. Most will be like best-selling author Steven James, an award-winning thriller writer of over three dozen books, who went through many revisions and rejections before selling his first novel.

Learn your craft, either through classes at conferences or local universities, or through books. Publishers want a polished manuscript these days.

There are a few publishing houses that do not require you to go through an agent, but most do. There are sites for finding the right agent for your type of writing. Each agent will require some sort of query letter from you. Once you have acquired an agent, he—or she—will guide you through the book proposal procedure.

And, while you’re waiting for your first book to be published, write your second! Write, write, write. Not just on your novel, but short stories, articles, flash fiction. Enter contests. Go to writers’ conferences as much as possible. That’s where you make connections that are helpful later. Look for local writers groups in your area.

I know it sounds like a lot, but the joy you feel when you win that first award or get that first article published makes it all worthwhile. And when that complimentary box of your debut novel arrives from the publisher… well, that’s a feeling like no other.

If you could go back and give yourself three pieces of advice when you first started writing – what would you tell yourself?

The word that continues to resonate with me is perseverance. A writing career is composed of a mountain top experience with a long period of the desert followed by another high. It was five years between the time I started writing my first novel and the day it was published. There was a time when I came to terms with the idea that Deadly Guardian would never go to print. I continued to write—working on a second novel, short stories, and articles. I even won a few awards. But a tiny light of hope persevered deep in my soul for my first book.

Then one day I got the call, and in that second, everything changed.

Emma Loggins Sprinkle
Editor in Chief at Women's Business Daily
Emily Sprinkle, also known as Emma Loggins, is a designer, marketer, blogger, and speaker. She is the Editor-In-Chief for Women's Business Daily where she pulls from her experience as the CEO and Director of Strategy for Excite Creative Studios, where she specializes in web development, UI/UX design, social media marketing, and overall strategy for her clients.

Latest posts by Emma Loggins Sprinkle (see all)
Tags: AuthorDeborah SprinkleInspiration/Motivation
PrevPreviousWomen In Construction: Could You Make A Future In This Lucrative Industry?
NextFemale Founders: 6 Small Businesses Owned by WomenNext

How to Harness Your Entrepreneurial Spirit