How Do You Really Feel About Political Representation? 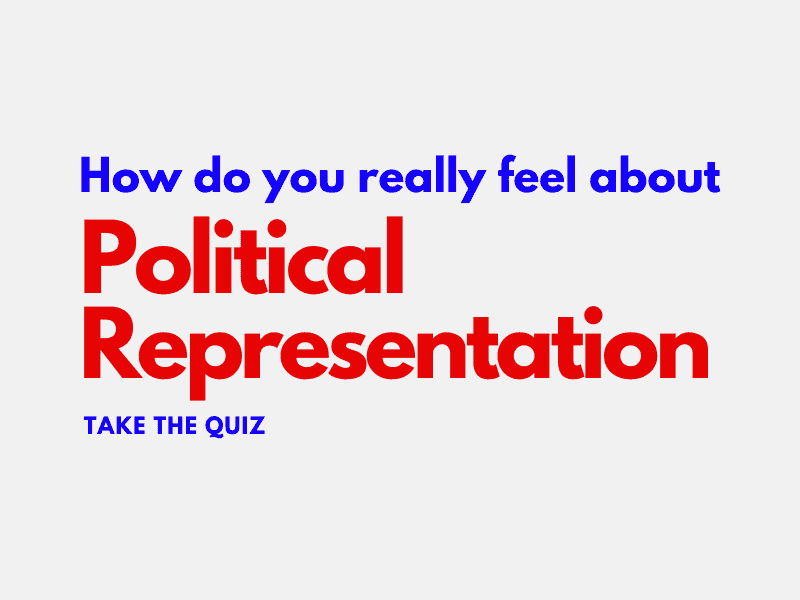 These days, it can seem like public opinion has been forgotten by Washington, D.C., but politicians do seek to appease their constituents. They also look to harness the power of public opinion and manipulate it for their own policy goals. Sometimes, this means ignoring voters in favor of expert advice, but other times it means entering an undesirable war or pushing through unwanted legislation.

How do you feel about the current state of American politics? Do you see politicians as loyal representatives of the American people, or are they experienced policy-makers who should have our trust?

Take our quiz to see where you fit on the spectrum!

Let’s pretend that for a long time Americans have struggled with underwater basket-weaving. While everyone seems to agree that the industry needs to be fixed, no one can agree on how to do it. What should Congress do?
Each politician needs to look to his home district for his position. The voters who put him there hold the only opinions that matter.
They should look at all the options and consider what will work best for their districts. What their constituents want matters
Politicians should first consult with experts. Then they need to consider each possibility and compromise on what works best for the country.

You live in a state where a new federal prison is being built. This prison will bring in money to your state, and most people seem to be in favor of it. You, however, are not. What do you do?
Join in local protests and write to the politicians of your state. You are a vital part of the state, so your voice should be accounted for.
Write to the politicians of your state. While the majority will likely win this one, it is still important that your voice be heard.
Accept that the prison will be built and move on. You might not like the decision, but you were the one who chose to live in this state.

When a bill comes up for a vote, how would you like your representative to act?
He should ask his constituents what they want. It may be tedious to read all those emails, but his job is to act on what his voters want.
He should ask his constituents, but also consider the bill separately from public opinion. Sometimes, a bill will help Americans even if they don’t understand it
He should consider the bill closely and think about how it will affect his constituents both short-term and long-term. His voters should trust him to make the right decision.

Pretend that the President has just sent troops to a warzone. According to the War Powers Act of 1973, Congress has 60 days to declare war or bring the troops home. What should Congress do?
Going to war is a difficult decision. Politicians must consult the American people on what to do, regardless of how it will affect foreign policy.
Public opinion is very important in deciding when to go to war. However, Congress must balance public desires with what is right for the country.
War is brutal, and Congress must make every effort to ensure that sending American troops only happens when it is necessary to our freedom.

How Do You Really Feel About Political Representation?