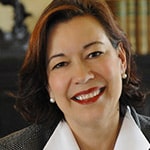 At 83 million, Millennials – those born between 1980 to 1996 – have officially eclipsed Baby Boomers as the largest generation in America. This means that their spending power may soon surpass that of their predecessors as well. But will Millennials provide the same engine for economic growth?

Personal consumption accounts for 70 percent of the economy, and is the largest slice of U.S. gross domestic product (GDP). Since the 1980s, the Baby Boomer generation—born between 1946 and 1964—has been an enormous engine of that spending. But now that generations are shifting, new trends indicate that spending is shifting as well.

How Do Millennials and Baby Boomers Impact U.S. GDP

Millennials and Baby Boomers grew up in vastly different worlds. Growing up in the shadow of the Great Recession, Millennials have been slammed with student loan debt and are forming households later in life. In fact, where Baby Boomers saw home ownership and starting a family as a pillar of success, Millennials have replaced that vision with their pursuit of higher education. On average, Millennials under 25 spend 4.2 percent more of their income on education than their parents did. Rising education costs have meant more student debt, which has put a damper on spending.

As the oldest Millennials are forming households later, spending in consumer categories such as home goods and child care services appear delayed in comparison to the Boomers.

Along with the generational shift in preferences for starting a home, the housing market is also experiencing changes. Since 1980, home prices have increased 250 percent causing Millennials under 25 to spend 7.7 percent more of their income on housing than Boomers did at the same age. As a result, the number of those under 35 sharing a home or apartment has grown.

Luckily, however, all is not loss. Data shows that 89 percent of current Millennials who rent still plan to buy a home, compared with 77 percent of Generation X. Millennial household formation has also begun trending upward from 2011 and 2015 signaling an acceleration moving forward.

All in all, both generations are set to boost the U.S. GDP as Millennials enter their peak consumption years and Baby Boomers are living longer.

As Millennials begin entering their peak spending years between 35 and 55, the generation as a whole is expected to increase their spending by 25 percent, driving demand for new homes and financial security. Thus, we may see student debt exchanged for home loans and insurance.

Spending by Baby Boomers is also projected to increase by 58 percent over the next two decades largely due to accumulated income and longer careers. The greatest surge in spending ahead for the generation will be in health care.

Investors should remember that generational shifts also impact spending trends. For some, it may be good practice to begin assessing the potential outperformance and underperformance of industry sectors as the country matures.

Kristen Fricks-Roman CFP®, CRPS®, is a financial advisor and senior vice president at Morgan Stanley Wealth Management, Atlanta. She can be reached at [email protected].

The information contained in this article is not a solicitation to purchase or sell investments. Any information presented is general in nature and not intended to provide individually tailored investment advice. The strategies and/or investments referenced may not be suitable for all investors as the appropriateness of a particular investment or strategy will depend on an investor’s individual circumstances and objectives. The views expressed herein are those of the author and may not necessarily reflect the views of Morgan Stanley Wealth Management, or its affiliates. Morgan Stanley Smith Barney, LLC, member SIPC. 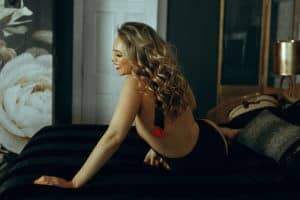 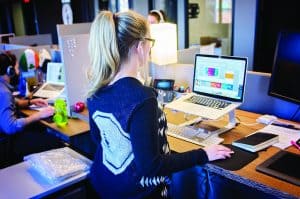 Overtime at Work: Are You Receiving All the Pay the Law Says You’ve Earned? 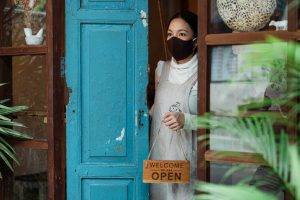 Returning to Work & School During a Pandemic: What Should You Do?
Categories: Business
Tags: Baby Boomers, Contributor Post, GDP, Millennials

Overtime at Work: Are You Receiving All the Pay the Law Says You’ve Earned?
How Millennials and Baby Boomers Impact U.S. GDP