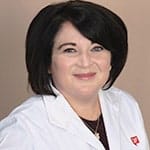 Missed holiday parties. Postponed vacations. No family for Thanksgiving. Last year’s flu season led to loads of FOMO (Fear of Missing Out) as the strain of Influenza A led to more serious complications and higher rates of hospitalization nationwide. Public health advocates urged those with the flu to keep it as contained as possible, which meant missing holiday parties, travel excursions and enjoying time with family and friends.

This year, my colleagues and I hope more working women — as well as their male cohorts – focus harder on preventing flu and flu FOMO. No group wants to prevent having the flu take them off their game more than millennials, with more than two-thirds (70 percent) of those surveyed planning to get vaccinated this year.

Three actions you should consider doing this flu season to protect yourself and others at work include:

Get a flu shot. It’s imperative for individuals to take preventative measures throughout the flu season, and getting the flu vaccine is one of the many efforts recommended by the CDC. For added convenience, Walgreens offers flu shots during pharmacy hours daily, with no appointment necessary (state, age and health restrictions may apply). Plus, you can do some good and Get a Shot. Give a Shot. For every vaccine (all vaccines, not just flu) administered at Walgreens pharmacies, Duane Reade pharmacies, Walgreens Healthcare Clinics or Walgreens-owned Rite Aid pharmacies, Walgreens will donate the value of a life-saving vaccine to a child in need in a developing country through our partnership with the UN Foundation and its [email protected] campaign.

Beware of germs. The fact is: Flu spreads easily from person to person. After you touch shared objects such as telephones, keyboards, and transit rails, you can catch the virus when you touch your mouth, nose, or eyes. Protection against germs is important, so consider germ-killing disinfectants and wipes on these common objects and wash your hands often. And, in general, keep your hands away from your face.

Stay home if you are sick. The Walgreens flu survey revealed nearly 40 percent of respondents report going to work when sick with the flu, and one in 10 reports attending a party or social gathering. While half of millennials (52 percent) actually look forward to catching up on their favorite TV shows while battling the flu staying at home, being sick doesn’t compare to feeling good and being productive. Plus, nobody wants to be “that girl” at the office that got everyone else sick.

Thankfully, as a Walgreens pharmacist, I’ve already seen many people this year. They mention that either they got the flu last year and were miserable or they watched a relative or friend get it and were miserable. Each flu season is unpredictable—we never know when it may peak or how severe it may be. The one thing we do know is that the flu shot remains the best protection against influenza, and the CDC recommends a flu shot for everyone over the age of six months.

Amy Denney has been a pharmacist for over 21 years and is currently a Walgreens pharmacy manager in Lawrenceville, Georgia (1065 Duluth Highway).

4 Ways to Live More Authentically in 2018 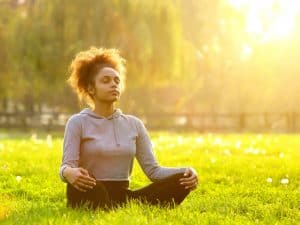